The history of “bad cholesterol” has had a checkered past. Bayer’s cholesterol-reducing blockbuster Baycol allegedly caused over 100 deaths. Bayer paid over $1 billion to settle the Baycol cases.

Zocor (simvastatin) is a statin drug used to treat a condition known as hypercholesterolemia (better known as high cholesterol) in people at risk of developing coronary artery disease. 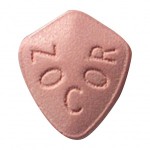 Statins block the ability of the liver to produce cholesterol so that the body takes any cholesterol it needs from food. It all sounds good in theory.

Zocor’s big competitive advantage in the cholesterol drug wars? It was cheaper. A lot cheaper. The old, “you get what you pay for” cliché rarely applies to drugs. The price is usually arrived at through an amalgamation of factors that don’t involve comparative efficacy. But in this case, it might hold up: at least one study has found that 80mg of Zocor was not as effective at reducing heart risks compared to the same dose of Lipitor.

But let’s get back to the point. In 2010, 2.1 million people in the United States were prescribed Zocor at a dose of 80mg. This dosage is particularly effective, because it lowers LDL cholesterol by an additional 6% versus a 40mg dose. More drugs, more cholesterol reduction. This makes sense.

The problem is that it also appears that risks of myopathy are also apparently dose-responsive. In June, the manufacturer of Zocor, Merck, announced that it was changing the prescribing information for the drug because of concerns about statin-associated muscle injury. As a result, Zocor will no longer be prescribed to new patients. This change was met with approval from the US Food and Drug Administration (FDA).

Along with the new prescribing guidelines, Merck has augmented the list of contraindicated medications with the use of Zocor, including:
• itraconazole, ketoconazole and posaconazole (anti-fungal medications);
• HIV protease inhibitors;
• erythromycin, clarithromycin and telithromycin (antibiotics);
• nefazodone (antidepressant);
• gemfibrozil (a cholesterol drug);
• cyclosporine (an anti-rejection drug used for organ transplant patients);
• and danazol (a treatment for endometriosis).

Patients who are taking Zocor and who are experiencing muscle pain and other symptoms of myopathy should contact their health care providers. Patients are further urged to consult with their doctor if they believe they are affected by the prescribing changes, but should not stop taking the drug until they have been advised to do so by their doctor.

The change in prescribing information originated from the findings of the SEARCH (Study of the Effectiveness of Additional Reductions in Cholesterol and Homocysteine) clinical trial. This trial found a significantly higher risk of patients developing myopathy and rhabdomyolosis (a breakdown of muscle fiber into the bloodstream that can cause kidney damage) for patients taking 80mg a day of Zocor.

The study findings and Merck’s release of new prescribing guidelines did not surprise plaintiffs’ attorneys or many physicians. Considering the muscle pain experienced by patients taking Zocor, many health care providers have, over the past few years, stopped prescribing Zocor and switched to other statin medications.

The ultimate question in the Zocor lawsuits is this: Did Merck do something negligent enough to warrant a claim? Even though the evidence is still accumulating, we think the answer to this question is yes.

Prior to the marketing of Zocor, there were two large studies conducted concerning the effects of Zocor. One study was the “Scandinavian Simvastatin Survival Study” (known as “the 4S Study”) which was published in The Lancet in 1994. The 4S Study looked at cholesterol lowering in patients with coronary heart disease. The second was the 2002 Heart Protection Study, which evaluated the safety and efficacy of cholesterol-lowering drugs on heart disease. Both studies excluded thousands of patients for failure to comply with the study protocols. Those excluded subjects did, however, also experience problems with the medication and did not continue its use. The potential confounding factor was that some of those individuals who were excluded may have been non-compliant because of the side effects they were experiencing. Side effects that could have included the symptoms of myopathy.

Plaintiffs’ lawyers contend that prior to marketing and selling Zocor, there should have been further investigation of how statins affected the individuals who were excluded from these studies, including any side effects they had. Plaintiffs also argue that Zocor should not have been marketed and sold without first exploring this problem and without some warning about the potential risk of myopathy.

As concerns about the dangers of Zocor increase, our lawyers will continue to monitor both FDA and Merck statements regarding Zocor. The alteration of Zocor’s prescribing guidelines is a major indicator that serious problems exist and are finally receiving the attention they deserve by both Merck and the FDA. The growing body of evidence suggesting the detrimental effects of Zocor is a potential harbinger of lawsuits to come.

If you have suffered a heart attack, stroke, angina, or muscle weakness while on Zocor, call our lawyers at 800-553-8082 or get a free web consultation.