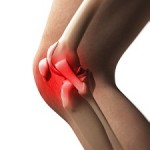 The New York Times reports that a Zimmer consultant, Dr. Richard Berger, had reported to Zimmer about problems with the knee devices in 2006. Dr. Berger had given 125 patients the knee device starting in 2005 and within one year advised Zimmer that the device had not fused completely and was loose as determined by X-rays.

In 2007, Dr. Berger had stopped using the Zimmer device and performed a study with a fellow surgeon, Dr. Della Valle. The results of the study were presented at a meeting of the American Association of Orthopedic Surgeons. Performed in 108 patients, results showed that 8.3% of the patients required another knee replacement surgery because of failure. The study also found that 36% of implants became loose within 2 years of surgery. The looseness of the device may cause pain and another knee replacement surgery.

In 2008, Dr. Lawrence Dorr, another consultant for Zimmer, alerted Zimmer, and other doctors that Zimmer’s Durom hip devices were having problems and failing within a few years of implantation in patients. In both cases, Zimmer responded that the problems with the devices were with surgeons’ technique, not the devices. In response to the concerns raised by the surgeons, Senator Charles E. Grassley issued a letter to Zimmer asking the company to provide data on safety concerns received for any Zimmer products, the nature of the concerns and resulting action taken, and what processes are in place for reviewing the performance of their devices. In response to the problems with the Durom hip device, Zimmer provided the FDA with data from twelve surgical units. The data presented showed that the devices were working well, and as a result, the FDA closed its investigation on the hip devices.

Orthopedic implants are one of the fastest-growing categories of medical implants because of the aging population. In the United States, unlike, say Australia, there are no patient databases in use to track the performance of artificial hips and knees. This is a big concern as the United States is one of the largest consumers of these products. Further, it is also alarming that such device manufacturers do not have to provide clinical data, specific to the product, to the FDA prior to making it available for implantation in patients.

Our law firm is no longer handling these cases.