I can’t say I’m a fan of any car insurance companies in Maryland.  Some are worse than others.  Here is my “Top 5 Worst Auto Insurance Companies to Deal With” list in personal injury cases.

GEICO has the largest market share in Maryland.  We see GEICO regularly. So that familiarity breeds contempt. 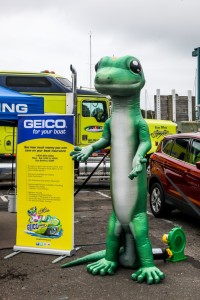 GEICO’s new generation of adjusters are increasingly condescending, laughing at demands, and other histrionics that are very grating. You would never see the old school GEICO adjusters who are almost invariably professional and likable, even when I disagree with them (I’m Facebook friends with GEICO adjusters who I used to fight with in the old days.)

GEICO almost always put more money on a case when a suit has been filed. By then,  the claim is switched over to a litigation adjuster who is more likely to be a seasoned adjuster who can really value the case.   So the original adjuster never has to put his or her tail between his legs and increase the offer they once thought was hysterical.  Instead, these pre-suit adjusters are already on the phone telling another attorney or victim how silly their claim is.  These neophyte adjusters are firmly ensconced in their bubble and are never forced to face reality.

Also,  I think GEICO’s adjusters take advantage of Maryland’s weak first-party bad faith laws.  GEICO is more willing to stand tall and fight its own insureds because there is no risk of excess verdicts in a first-party uninsured motorist claim.  Admittedly, I can’t prove this empirically. But my experience as recently as yesterday tells me this is so. This is ironic because I think GEICO probably provides the best customer service to its own insured (except for Chubb).  So they are very nice before they stab you.

Let’s start with something nice to say about State Farm.  I generally like the personality of their Maryland adjusters.  They are competent. They don’t spend a lot of time posturing.

So what does State Farm do?  It announces it is taking all bodily injury claims away from Maryland adjusters in 2017.  Seriously?  The only

thing I liked about you was your local Maryland adjusters and now you are taking them away from me?  What gives, State Farm?

State Farm is ranked as the second-worst insurance company in Maryland for one reason: there is very little chance State Farm will make a reasonable settlement offer until you are on the courthouse steps.  We settled a case with State Farm for $560,000 a few months ago.  The offer two weeks before trial?   ZERO.  I know State Farm is making a fortune.  But is it possible they could make a fortune squared if they did not waste so much money on litigation when they could just make a fair offer at the outset?

(Off the record, just between us, I’m not so sure State Farm is doing the wrong thing if they only care about making a profit which, let’s get real, is the case.  Too many Maryland personal injury lawyers just take the best settlement offer they can get.    Maybe being unreasonable is profitable because of the high percentage of car accident attorneys that just take the best offer they can get.)

MAIF is so awful that they have changed their name to the incredibly original “Maryland Auto Insurance.”  Clearly, they took all the money they don’t pay out in claims, taking advantage of victims and their own insureds so they could spend it on highly paid consultants to come up with that original catchy name.  They changed their name because the MAIF name is tainted by how they have done business for the last 42 years.  Think of Charles Manson getting out of jail and calling himself Charlie. Anyway, I would not wait another 42 years to change it again.

2019 Update: Now they are called Maryland Auto Insurance Company. I like this move.  Build up “bad will” for years and then change your name.  Facebook should totally do this, right?

There are three primary reasons.  First, they are a quasi-governmental agency.  Dealing with MAIF is like going to the Motor Vehicle Administration (ten years ago, anyway, they have gotten better) — everything is confusion and delay.  The adjusters are overworked and underpaid, a fact they will readily admit if you give them the slightest opening.

The second reason they are awful is that their drivers are awful.  Their market share is like 1.6% in Maryland, but they make up over 5% of the at-fault drivers in the car accident cases we have.  This is not MAIF’s fault because their very purpose is to insure terrible drivers.  But let’s blame them for it, anyway.

Finally, and most importantly from where I’m sitting, their settlement offers are horrible.  Their adjusters are virtually apologizing as they give their offer, and they will readily admit the offer is terrible. We have MAIF cases where they should put up their $30,000 insurance policy because the underinsured motorist carrier will really put more money on the case. But no, MAIF delays putting up their policy, making us file suit in cases we should not have to file.  Moreover, MAIF has a policy of making you negotiate the case back and forth, so you have to make ten calls just to get to their top settlement offer.

Really, MAIF should be first.  I’ve only pushed them down because of their dwindling market share.

Progressive competes on price.  So they take advantage of people who do not realize that they would be better off with more insurance coverage for a few extra bucks.  We have had scores of clients who were badly hurt only to find out that the at-fault driver had limited coverage, and their Progressive policy was of no help.

These small policies mean Progressive has little exposure if they do not take their case to trial (and little exposure for sure against their insureds making an uninsured motorist claim).  These small policies give Progressive beer muscles. Now, you will never see Progressive trying a case where they might take a big hit. (Ironically, this logic backfired on them in a big way in Baltimore and cost them a lot of market share nationally from the bad publicity that ensued.)  But some lawyers do not even send demand packages to Progressive and just file suit.  You know how I said GEICO makes the lowest settlement offers of the Big 6 auto insurers?  If you expand that a Big 7, Progressive kicks GEICO out of that “worst” spot.

USAA holds itself out as a non-profit that helps military families, clinging to their military connection in most of the ads I have seen.  Setting aside that, I think the qualification to be “military” sometimes means having seen Saving Private Ryan.  Its CEO makes enough money to make professional athletes envious.  All of USAA’s executives are unbelievably well compensated.  At what point is USAA just an insurance company owned by its wealthy executives?  Are you really “serving” the military while making $7 million off them?  I don’t have a problem with people making money.  It is the doing it while hiding behind the skirt of our brave armed forces that drives me a little nuts. I’m not blaming USAA adjusters for this who I like.  I blame upper, upper management who need Brink’s trucks to get all of their money home.

I also don’t think USAA claims adjusters make offers in third-party cases or to its own insureds that are ostensibly owners of the company that rise to the level of fair market value for the claims.  I remember trying an uninsured motorist case against USAA early in my career.  USAA offered $17,000 to settle.  The jury looked irritated they were there.  I was worried they did not like my client (or, please no, me).  But they just thought USAA was crazy.  I asked for $200,000, and the jury awarded $200,000.

2019 Update:  USAA is making us file a PIP lawsuit because they will not pay the medical providers for bills that are clearly owed.  I would move them up to #4 now.