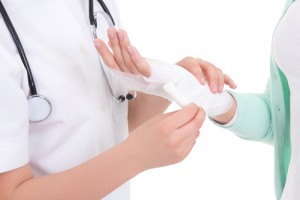 Obviously, two claims are better than one.  This post explains the cases in which you can bring both claims and those you cannot and why.

The Workers’ Compensation Statute in Maryland

Basically, what workers’ comp does is give you a claim if you are hurt.  The good news is that, unlike other tort injury claims, all you have to prove is that you are hurt.   It does not matter who is at fault for your injuries. You can just be careless, get yourself hurt, and you have a claim.

The bad news for a workers’ compensation claim is that you cannot collect the most important part of a civil personal injury claim: your pain and suffering.  To say the least, this is a major loss to you and a major loss to justice if you were hurt as the result of someone else.   Pain and suffering is the biggest part of any personal injury case worth its weight in salt.  (If our firm does not think the most significant harm is the physical and emotional pain of the accident, we would not take your claim in the first place.  Which is why we don’t handle pure workers’ compensation cases that don’t have an attached tort claim.)

Why is this the way it is?  Good question.  Comp laws were developed really to help workers because the litigation process 100 years ago was so fraught with difficulties and employers often had defenses to tort claims that would make these cases drag on forever.  Defendants had far more systemic power back in those days. Why do we still have comp as the exclusive remedy for workers suing their employers for injuries today?  Good question.  There is no good answer.  The only actual answer is that is the way it is now, and no one cares to go back and second-guess the wisdom of it.  Because I think it leads to compensation in many cases that are a far cry from justice.

Even with a potential comp lien, two sources of compensation are far better than one.  Most combination workers’ compensation and tort claims that our firm has handled are when the employee is injured while on the job by the negligence of some third party unrelated to the employer.  The classic example is a motor vehicle collision case when the employee was on the job but injured or killed by the negligence of someone else.

There are a couple of other instances where you can have a comp recovery and a civil suit but, honestly, they do not happen much.  The first is when the employer does not purchase an insurance policy that would give them coverage under the Act.  Actually, this happens all the time, but the problem is employers that don’t pay comp insurance rarely have assets worth fighting over.  The second big exception is when the employer had a specific intent to harm.  It really has to be intent – wanton, gross negligence, and reckless does not get you past the workers’ compensation hurdle.  The final exception is when there is a claim against a co-worker who caused the harm.  There are exceptions to this – some supervisors are exempt sometimes – but the general rule in Maryland, unlike most states, is that you can bring a civil tort claim against the at-fault co-worker.

Not Sure If You Have a Claim

Our firm handles serious injury civil tort claims that arise out of workplace injuries.  If you are not sure if you might have a claim and want to talk about your case, call me at 800-553-8082.  I can tell you pretty quickly in most cases whether you may have a viable tort claim for your on-the-job injury or whether you will be limited to your workers’ compensation claim.