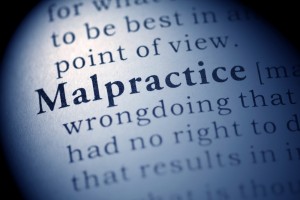 Justice in Malpractice Cases Is Expensive

Every single day we get phone calls from prospective clients who want to bring a medical malpractice case.   We probably do a full investigation in 5% of these cases and sue in half of those cases.

Why so low?  In most cases, we cannot pursue the claim not because there was no harm and potential malpractice but because the value is too low to justify what can be a six-figure plus investment before trial.  I feel bad about this.   But it really is economic suicide for a malpractice law firm who works cases with the detail that we do – if that sounds self-serving it is, but it is also true –  to take cases where we think the verdict would be less than $500,000.

Who bears the brunt of this injustice?  Like medical negligence cases, most of the injustice is borne by our elderly.  They almost always have no income, so there are no meaningful economic damages.  So we are left with the cap on pain and suffering damages. But is not just the elderly.  One study found that 90% of patients seeking a malpractice lawyer will not get one, singling out women, children, and the elderly.

We tried a case for an older man who did not have economic damages and got a $10 million verdict.  The malpractice cap cut that verdict to $906,000.  My partner went to Annapolis afterward to lobby for a higher cap on noneconomic damages in Maryland.  After she explained that we spend over $100,000 on the case for a small amount of money compared to the level of the risk, a legislature asked why we even took the case in the first place.  That is exactly the problem.  Why didn’t we just settle before trial?  The pre-trial offer was zero.  That is how it is.

Will we take a case when the only damages are medical bills and the cap on noneconomic damages?  We will, evidenced by the case I just cited.  But we are only taking those cases where we think we have a really good chance of winning at trial (or there is something compelling about the client that makes us throw the rule book away… this happens every few years.)

What Can Be Done About This?

Nothing.  It is unfair.  But it really takes a great deal of effort to sort through these cases and determine whether there is liability.  We can never have a system where we are spending $50,000 to deal with a $100,000 harm, even with the full understanding that $100,000 of harm was unbelievable physically and emotionally painful.   Ultimately, the civil justice system is awful. Why don’t we just replace it?  Well, even if you will overlook the constitutional guarantees provided by the 7th Amendment that we have ignored in recent years, this awful system we labor under is still the best justice system in the world’s history.