Will strict liability for pit bulls in Maryland cost the state $30 million in state and local tax revenue and cut back rental incomes to the tune of $144 million? Hard to believe. But these folks have numbers to make their argument. If these estimates are even half right, it would be a powerful example of the law of unintended 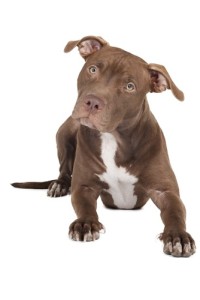 Are Pit bulls Really an Issue?

Pit bulls certainly have their defenders. I am one of them.  But there are the top 5 breeds that make up most of these claims:

You can make the argument that attacks from pit bulls are now better reported because of increased social awareness.  I’m also sure that there is media bias (FAKE NEWS!) that leads to the over-reporting of dog attacks when the breed involved is thought to be a pit bull.

But I really doubt that this is the sole explanation.  Attacks from these dogs are far more than expected compared to other breeds of the same size or even larger. Yes, all dogs can bite. But pit bulls have the fighting nature and the strength that distinguishes them that leads to the greater likelihood of being involved in a serious attack than most, if not all, dog breeds.  You can love pit bulls and vow to protect them to death and still acknowledge this.

Listen, I don’t think the problem is the pit bulls.  Instead, it is the owners and how they are raised.  But whatever the root cause, some dog breeds attack at the same great rate than other dogs, and some cause more substantial injuries. There are many published studies that show pit bull terriers — for whatever reason — are more dangerous to public safety than any other breed.

A “pit bull,”  is defined as any dog that is an American Pit Bull Terrier, American Staffordshire Terrier, Staffordshire Bull Terrier, or any dog displaying most physical traits of any one or more of the above breeds, or any dog exhibiting those distinguishing characteristics which substantially conform to the standards established by the American Kennel Club or United Kennel Club for any of the above breeds.

How do you prove a dog’s lineage?  I have no idea.

What Is Maryland’s Law on Dog Bites?

The relevant law is not specific to pit bulls.   MD Code, Courts and Judicial Proceedings, § 3-1901. Actions against dog owners for personal injury or death caused by dog provides that:

(a)(1) In an action against an owner of a dog for damages for personal injury or death caused by the dog, evidence that the dog caused the personal injury or death creates a rebuttable presumption that the owner knew or should have known that the dog had vicious or dangerous propensities.
(2) Notwithstanding any other law or rule, in a jury trial, the judge may not rule as a matter of law that the presumption has been rebutted before the jury returns a verdict.

Common law of liability that existed on April 1, 2012

(b) In an action against a person other than an owner of a dog for damages for personal injury or death caused by the dog, the common law of liability relating to attacks by dogs against humans that existed on April 1, 2012, is retained as to the person without regard to the breed or heritage of the dog.

(c) The owner of a dog is liable for any injury, death, or loss to person or property that is caused by the dog, while the dog is running at large, unless the injury, death, or loss was caused to the body or property of a person who was:
(1) Committing or attempting to commit a trespass or other criminal offense on the property of the owner;
(2) Committing or attempting to commit a criminal offense against any person; or
(3) Teasing, tormenting, abusing, or provoking the dog.

In 2019, there are a number of Maryland towns that ban pit bulls altogether: Edmonston, Ridgely Section, Port Deposit, and PG County.

The Literature on Pit Bulls