Serious personal injury cases, where pain and suffering damages are high but less than the cap on non-economic damages, are the hardest claims to value and the hardest cases to settle without suing. Almost invariably in these cases, I’m telling my clients that the case’s value is likely to be higher after suing than the insurance company’s best pre-suit offer. The facts bear this out. I would estimate that our clients do well suing in 98% of the cases we file.

Why is that? On one level, there is a greater ability to generate comparables – “comps” to use the lingo” – in personal injury cases than there is in accessing, say, the value of real estate, where you have few comps because you are limited by tight geographical locations. I mean there have been about five zillion herniated disc cases with a laminectomy and fusion at C4-C5 where the client had no prior injury or degeneration. Why isn’t there just a well-established value for that?

The reason is that there, the valuation of injury claims require a subjective analysis of a subjective question: what was the plaintiff’s real suffering from the injuries? When you have to dig through all of those “subjectives” to evaluate the value, reasonable minds are almost invariably going to reach different conclusions.

How you measure these subjective variables will depend on your worldview and how you want it to turn out in the first place.

So let’s look at case value from the eyes of an insurance adjuster. Like a jaded inner city cop who has seen too much, they largely have the world view that plaintiffs are bundling up every problem in their lives at the doorstep of their injury from the accident/malpractice, and they want far more money for their injuries than reason would dictate. This is because of what they have seen – from their view – a lot of plaintiffs claiming and getting far more than they should and 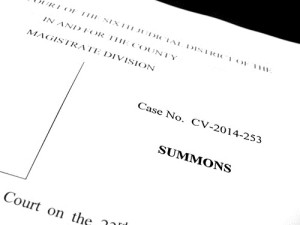 plaintiffs’ lawyers who don’t understand these cases nearly as they do – which is often true – and are still making a fortune. Besides, keep in mind, these people are insurance adjusters for a reason. There are few people working in a soup kitchen who are outraged by our welfare state. Insurance adjusters and, to a lesser extent, defense lawyers, chose their profession because they thought insurance companies are on the right side of justice. (This is true for defense lawyers too but to a lesser extent. They didn’t choose to become defense lawyers as much as they just chose to become lawyers and got pulled down a path. I started off my career defending pharmaceutical companies only because my goal there was to make as much money as possible so I could buy a nice car.)

To add to that worldview, throw in the fact that insurance adjusters and defense lawyers work for a company whose very purpose is to collect premiums and pay out as little money as possible. They have an economic and emotional investment in valuing claims as low as possible. Viewed through this lens, we should be amazed that pre-suit personal injury settlement offers are as high as they are.

Plaintiffs’ lawyers, including me, compound the problem by looking at their case before filing suit with rose-colored glasses. We have the opposite world view – insurance companies would eat your kidneys raw to avoid paying one more cent than they have to – and we cannot see the weaknesses in our own cases.

One big reason for this is that we do not ask our clients hard questions to flush out the weaknesses of our case. Plaintiffs’ lawyers have no reason to do this before preparing the demand package. Then, when we present the pathetic settlement offer to the client furious with the insurance company and, often, the messenger, the last thing we want to do is cross-exam the client about concerns you have with their case. So you sue and you don’t have that chat in a meaningful “follow up the question with another tough question” kinda way until you are prepping her for deposition. At that point, the next natural settlement window does not open again until the pre-trial.

There is pressure on both parties to settle. Now the insurance company is hearing from the defense lawyer who is the one on the ground having to fight the fight as opposed to an adjuster sitting in their tower, saying how easy it will be to discredit the sweet, honest plaintiff that the defense lawyer looked square in the eye and believed. On the other side, plaintiffs feel the pressure of trial – of being on trial as they are – and become more receptive to settlement.

Therefore we sue in most of our serious injury cases, but probably go to trial in less than 15% of those cases. It is not the best system, but it might be like capitalism: an awful system that’s only redeeming quality is that it is better than all the others.