A new wrongful death lawsuit alleges that Fast and Furious star, Paul Walker, survived the impact of the high-speed car crash that cost him his life. It alleges that he 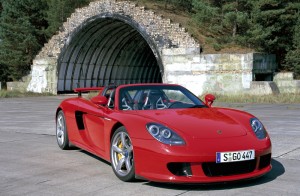 could have gotten out of the car but for a defective design of his Porsche Carrera GT.  The suit claims that Walker could have avoided the fire except that his seat belt “snapped Walker’s torso back with thousands of pounds of force, thereby breaking his ribs and pelvis,” which made an escape impossible.

That is one allegation.  The lawsuit also alleges the car should have had a stability system that prevents swerving.  Also, the side door was too close to the fuel line, and that the car had a history of control problems.  The claim concludes that the Porsche Carrera GT is a dangerous car that does not belong on the road.  It seems like a real reach.

Any juror that reads this story — and celebrity lawsuits are big news— will conclude that this case will settle for millions of dollars. Yet the chances of this happening are extremely remote — and nonexistent if the case was in Maryland and the decedent was not someone very famous.

This makes jurors mad.  Why? Because they believe — with reason — that the actual cause of this crash was the driver, who was going what police estimate to be between 80 to 100 miles per hour in a 45 mile-an-hour zone.   I suspect that Walker had the kind of sway with his friend that he could have said, “Dude, slow down.”  He didn’t.

His death is tragic. Young man with a child who seems to be by all accounts a pretty, great guy.  But in all reality, we know where the real responsibility for this crash lies.

Of course, this lawsuit is far less aggravating to the public than the suit filed by the driver’s widow last year, making the same type of claims against Porsche.  At least Walker was the passenger, which make him less culpable in the general scheme of things.

Do you think I’m wrong about this?  Check out these comments on the story in the Huffington Post?  The highlights contain how quickly people can screw the facts (Walker was driving) and the law (like personal injury lawyers would pitch this claim to a 16-year-old).  But for what we are talking about here, they underscore how angry people get about lawsuits like this.

Americans want people to get the justice they deserve.  This is important to them; especially when they become jurors, too.  That part is not a problem. What is a problem is when people are getting over.  Americans hate the idea of someone (other than maybe them) getting something they do not deserve.

The way this translates in the real world is that you have jurors skeptical about personal injury and even wrongful death claims from the minute they walk into that courthouse.  Does this create an insurmountable obstacle to success for a meritorious Plaintiff at trial?  Of course not.  The good guys usually win when they should win.  What it means is that you start your case off on your own 35 yard-line instead of at the 50 yard-line; be mindful of the need to gain credibility and starting with voir dire and opening statements.