It is becoming cliché to say that social media is the next big thing in litigation discovery. In personal injury cases, I think social media captures the imagination of insurance adjusters and in-house counsel who inflate the likelihood of finding evidence on Facebook and Twitter that will be a game changer at trial. There have been more articles and blog posts about social media discovery than “Holy Grail, We Will Have Our Perry Mason Moment” discoveries. 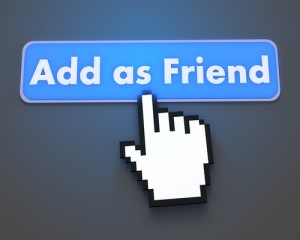 One issue that has received little attention is just how creepy insurance defense and other lawyers can be in snooping into people’s social media postings. Admittedly, the creep factor is low for just Googling what is available on the party or witness online. But anything beyond that… well, it is not exactly Jack Nicholson in “The Shining” or Steve Buscemi in “Fargo” territory but, still, I would think most lawyers would at least want to take a quick shower after playing amateur voyeur.

San Diego County Bar Legal Ethics Committee looks at where the line is from needing to take a shower and unethical behavior. In an advisory opinion, the committee says that it is unethical for opposing counsel to try to Facebook friend a client’s former employer’s employee in a wrongful termination lawsuit.

The Plaintiff’s lawyer had a few arguments that either he made or the argument that “Hey, I’m not friending them specifically about the case” rejected because, well, because it is just silly. The only reason the lawyer is friending them in the first place is to get information on the case.

The more interesting argument is whether the 9th Circuit’s opinion in U.S. v. Carona, 630 F.3d (9th Cir. 2011) allowed outright deception to get information from a source. The logic of this argument is there should not be a prohibition on a friend request which states only truthful information, even if it does not come clean as to the purpose of the request. I’m not sure why the opinion feels so compelled to deal with Carona: it is not on point and it is not controlling authority, anyway. The logic distinguishing these cases is way more convoluted than it needs to be. It is a soft spot on an otherwise well thought out opinion.

Anyway, while this is not an accident or malpractice lawsuit, the logical extension applies to personal injury claims:

The conclusion we reach is limited to prohibiting attorneys from gaining access to this information by asking a represented party to give him entry to the represented party’s restricted chat room, so to speak, without the consent of the party’s attorney.

This tells me no direct or indirect friending of the opposing party in a case. But, pretty boldly, this opinion goes one step further to take out unrepresented witnesses.

We have further concluded that the attorney’s duty not to deceive prohibits him from making a friend request even of unrepresented witnesses without disclosing the purpose of the request. Represented parties shouldn’t have “friends” like that and no one – represented or not, party or non-party – should be misled into accepting such a friendship.

Pretty sweeping stuff. By the way, “misled into accepting such a friendship?” That is a little more Shakespearean melodramatic than the real Facebook world. I could not pick one-half of my Facebook friends out of a lineup.

One fair question is who cares what the San Diego County Bar Legal Ethics Committee thinks, anyway? There is truth to this but when there are so few opinions, anyone’s opinion that is fully thought out – be it in another court, an ethics opinion, or a law review article – is going to be considered by a court ruling on this issue.