Jury Verdict Research has some interesting data on which injures comprised the largest proportion of cases in which juries or courts awarded the victim over $1 million. Here is the category followed by its relative percentage of million-dollar verdicts:

Did you see any major surprises here? I didn’t except for seeing leg injuries with 50% more million-dollar verdicts than paralysis injuries. Thankfully, I think this might be most because of the fact that paralysis is, relatively, a rare injury in a car accident. 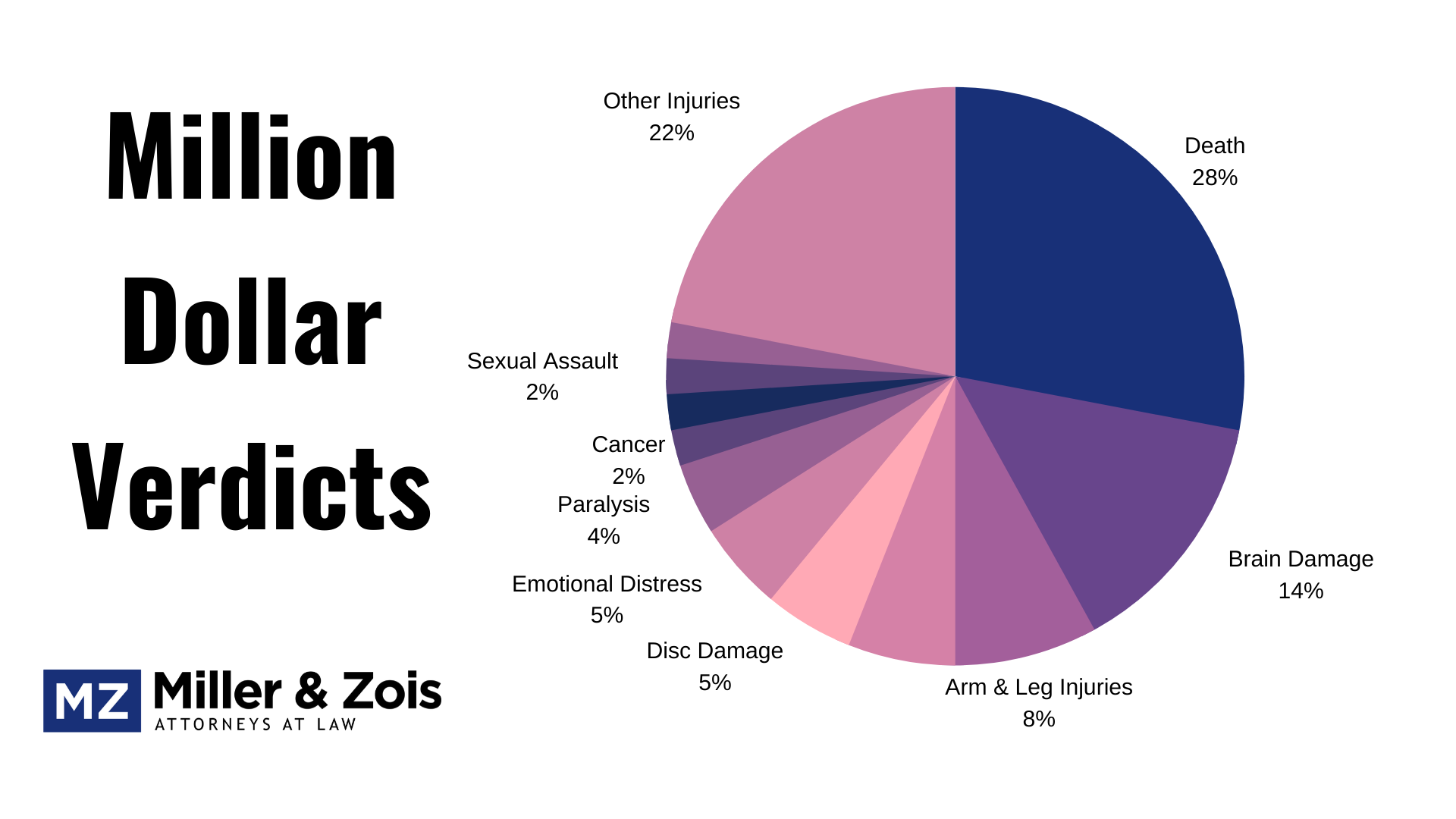 Before you move to set up your practice in the Southwest, keep in mind that these numbers are a bit tricky to interpret for lots of reasons, including the fact that some states have severity of injury thresholds and high small claims jurisdictional limits that make comparing apples to apples more difficult without Nate Silver around to analyze them.

Does our law practice line up like this?  I think we probably have a higher percentage of wrongful death claims and disc injuries.