I mentioned in a blog post last week that I monitored the conviction of the at-fault driver in a wrongful death car accident case that I have. The case was in District Court in Essex. Judge Martha Russell presided over the case. She’s a new judge and a good one who was obviously very experienced in dealing with criminal cases. 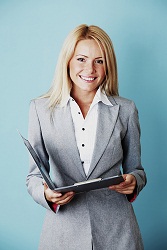 How to dress at trial

Judge Russell was very patient with unrepresented defendants. She displayed not an ounce of superiority or contempt in dealing with defendants who offered stories that were sometimes worthy of contempt. If you are a judge out there and you are trying to impress me (oh, it is a long line, I’m sure), treat the parties and, if you don’t mind, the lawyers, the same way you would if you did not have all the power in the room. They say you can learn a lot about people they handle adversity. I think you can learn more about someone by how handle power.

Okay, now let’s move on to the actual purpose of this post. I noticed that the defendants at the criminal cases I watched were generally dressed poorly, wearing clothes you should not wear to something that matters. Maybe just as important as wearing the appropriate clothing is wearing it appropriately. A quick tip: it is probably not a sign of respect if you are wearing your pants four inches south of your waist. (Note: I originally wrote this as north which is obviously a typo! A reader corrected me!) If you are trying to show respect, that you are repentant, or even that you are not guilty, it makes sense to dress like you have respect for the court and respect for the process.

Keene Trial Consulting has a post on this subject: Tattoos: When Should You Clean Up Your Witness? Douglas Keene writes that the goal of a trial lawyer in presenting their client is to “help the jury see the witness as ‘kind of like me’ or ‘someone I can trust.'”
The post was inspired by a Florida court’s order to require the state to pay for a cosmetologist to hide tattoos before trial on a defendant’s face and neck. What’s the big deal about a few tattoos in 2010? Well, these tattoos included a swastika and an obscene word. Any lawyer trying to present a client as “someone I can trust” will have an uphill battle with those tattoos.

This is an extreme case, obviously. Most tattoos, even on the face or neck, are far less damaging then not dressing appropriately for trial. Tattoos say little in 2014. Virtually everyone knows someone with tattoos from head to toe that are good people. I think a witness can show themselves to be “someone like me” with tattoos, even to jurors who would not consider getting a tattoo themselves.  How many athletes and entertainers does America love that have multiple prominent tattoos? That said, people have prejudices and they make generalizations easily.  I’m always on the lookout for anything that a juror might see that would lead them to draw conclusions before the first piece of evidence is delivered.

Jurors and judges do rightfully see themselves as the interviewer in a job interview. That means expecting the applicant to respect the process. I don’t think respect requires a three-piece suit. People have a certain affect about them when they are dressed up beyond their norm. You know the guy at the wedding who looks visibly uncomfortable with a sports jacket. If you have that look, the judge or jury knows you are trying. The best way to avoid all of this psychology is for the lawyer to have the client just wear a suit. A suit always looks good, especially in 2010 when they have become most rare.

How Lawyers Should Dress

I disagree with this post on a collateral point on how lawyers should dress at trial. The post seems to suggest that the right strategy for trial lawyers is to wear middle-class everyman/everywoman suits at trial. I agree with the premise. But think the best strategy is to go with whom you are. If you are a diamond-studded ear guy, I don’t think this gives you an advantage with a jury. But I think it sets you back further if you are something other than who you are. Jurors are like dogs – they can smell authenticity.

In Maryland, one lawyer, Steve Snyder, wears clothes in front of a jury that no one who does not have a Bentley in his garage could afford to wear. I’m sure his watch costs more than most jurors make in a year. So no juror is ever saying about Steve Snyder, “Hey, that lawyer is a working stiff like me.” But I think jurors appreciate that he is who he is and this may be one reason he keeps getting nine-figure verdicts. Is it despite those clothes?  Maybe.  But I don’t think so.