Before we get into the facts, let’s talk Maryland venue law. Here is the most important thing you would need to know in a just world:

The moving party has the burden of proving that the interests of justice would be best served by transferring the action…and a motion to transfer should be granted only when the balance weighs strongly in favor of the moving party.

(Admittedly, I’m being a little hyperbolic with the “just world” talk. But stay with me here.)

This comes from the Maryland Court of Appeals in Leung v. Nunes. It is still good case law except no one really seems interested in applying it as the law is written. Instead, far too often, trial judges make their decisions based on their worldview of whether plaintiffs should be allowed to bring their claims in 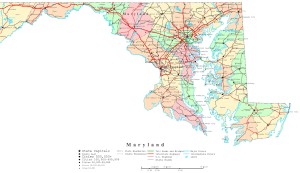 jurisdictions that are traditionally more favorable. Appellate courts are letting judges do this at their pleasure under the guise of the whole, “trial judge discretion” cure-all that allows judges to basically rewrite the law to be whatever they want it to be.

I’m not saying that’s how it went down in this case. In fact, it probably didn’t. But it happens. It happens all the time. Typically, it is not a liberal versus conservative decision. Some judges just don’t like plaintiffs picking their court when maybe the case has stronger ties somewhere else. It just rubs them the wrong way. Without strong, binding guidance from our appellate courts, they can do just that.

Just a quick summary in case you are confusing forum non conveniens with whether venue is proper. Forum non conveniens is when a party asks the judge to transfer the case from one court to another because the first location is not convenient. Maryland law allows for transferring a case from a legally proper but inconvenient location to another legally proper but more convenient location when the transfer is for the convenience of the parties, witnesses, or in the interests of justice. But, again, the burden is supposed to be heavy to make the transfer.

But the Maryland Court of Special Appeals has crafted an exception to this rule. In Stidham v. Morris, the court issued an exception that if the plaintiff does not live in the forum he initially chooses, the plaintiff’s choice of forum is entitled to “little deference and thus little weight.”

Why make this exception? What is wrong with suing somewhere different from where you live? What is the point of having a choice if you only have the choice to pick one option?

The court takes it even further, citing a law that I could not disagree with more:

The statements in the case law about the deference to be given to a plaintiff’s choice
of forum, moreover, are guidelines for the trial judge and not a standard of appellate review.

So the law should guide the trial court, but they are not really bound by it? I just don’t get it. So the court can say, “Ah, I completely disagree but let trial judges make these calls.” (To be clear, that’s not what happened here. Judge Moylan is almost nominating the trial judge for Jurist of the Year in this case. Read the end of the opinion. But my scenario is more common than this one.)

Why is this so awful? Because let’s face it: venue matters. If the plaintiffs’ malpractice lawyer told you that the value of this malpractice case was twice as much in Baltimore City as Baltimore County, would that sound crazy to you? Of course not. If this is the case, should we allow justice to be so unevenly distributed based on the proclivities of the motions judge? Shouldn’t we create hard and fast guidelines and make them stick to it so the case does not largely rest on what judge you draw to hear the motion?

The opinion closes with Judge Moylan saying that a “forum conveniens is always to be preferred over a forum non conveniens. First, I think it is impossible to suggest that Baltimore is inconvenient in the vernacular: it is right next door. But that is not what the law really is or what it should be. If there is more than one proper forum, the plaintiff should get the choice unless there are compelling reasons otherwise.

The real farce here is that we are talking about convenience as if that matters to anyone. Plaintiffs could not care less about convenience in this case. We would travel by foot in a blizzard to get to Baltimore City over Baltimore County in the vast majority of personal injury cases. I can admit that. But the defendants don’t care either. They are forum shopping, too, just like we are.

Ultimately, the law that gives the plaintiff the preference on venue- and the right to an immediate appeal that the defendants don’t get – is there for a reason. If we keep chopping down that rule, we might as well stop pretending that giving deference to the plaintiff’s choice is even a policy goal in deciding venue.