Plaintiff testified that she was exiting a WMATA bus when the bus driver shut the door before she could completely get off, causing her to fall and sustain injuries that are not articulated in the Complaint. I’m guessing injuries with subjective symptoms, but who knows?

Okay, so far, so… okay.  This could be a case, right?  But there are videos on these buses in 2014.  Whoops!   The video clearly shows that she caught her right foot and fell.

In the Shaggy “It Wasn’t Me” song quoted above (which has 26 million Youtube hits, by the way), a guy is giving another guy advice about what to do after his girlfriend caught him cheating on her.  [Chris Rock did a great bit on this too that I couldn’t find.  Was it Eddie Murphy? I’m sure he invoked O.J.’s name, so I think it was Chris Rock.]   The advice the guy gives to the cheater is just, no matter what, deny, deny, deny.   “It wasn’t me.”

Judge Grimm went with his lying eyes.   He relied heavily on the Supreme Court’s decision in Scott v. Harris, an opinion written by Justice Scalia.   In this case,  a policeman pulled over a man for speeding.  The man tried to flee.  To end the chase, the policeman went into full Axel Foley mode and rammed the man’s car with his police cruiser.  Actually, it has a more technical name –  “Precision Intervention Technique” – which causes the fleeing vehicle to spin to a stop.  The policeman had the foresight to radio his supervisor to get permission to do exactly that.   Tragically, the man was rendered a quadriplegic from the accident.   The man sued, alleging the police officer had violated his Fourth Amendment rights by using excessive force to end the police chase. 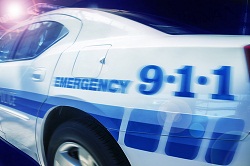 The man argued that he was not a risk to other motorists or pedestrians during the chase.  Scalia wrote that “one gets the impression that respondent, rather than fleeing from police, was attempting to pass his driving test” from hearing the man’s version of the accident.  But you know where this is going.  There was a videotape.  The majority held that “[…] it is clear from the videotape that [Harris] posed an actual and imminent threat to the lives of any pedestrians who might have been present, to other civilian motorists, and to the officers involved in the chase.”

Justice Stevens wrote a dissent in the case saying essentially, “you guys didn’t see the same video I did.”  Harvard did a study after this case that found that many people who saw the video agreed with Stevens that the man was posing no threat to anyone.

Judge Grimm cuts through all of this debate by saying that the Plaintiff’s claim fails under the majority’s view and Justice Stevens because no one can argue that this video is subject to two different interpretations.  He wrote:

With the video evidence in the record, it is beyond cavil that Plaintiff’s falling through the doorway was not caused by the doors closing on her, as she claims. Unlike in Scott, where in the dissent’s view, the video could have supported either party’s presentation of the facts, the video footage before me clearly shows that the doors did not shut on Plaintiff or cause her to fall.Indeed, in her Opposition, Plaintiff contends that “[t]he video appears to show the Plaintiff reaching out of reflex, believing that the door was going to shut on her and as the door opened back up, she fell.” Pl.’s Opp’n 3. For the doors to “push” her, Answers to Interrogs. No. 4, and “caus[e] her to fall onto the ground,” as Plaintiff alleges, they would have had to have been behind her, and if they were behind her, Plaintiff could not have “reach[ed] out” to stop them, as she argues in her Opposition. Therefore, the videoplainly contradicts Plaintiff’s version of the facts, and I must disregard Plaintiff’s contrary allegations.

Take-Home Message From This Case

There are two take-home messages from this case.  First, find out if there is a video before you get too deep into the case.  If you are gullible like I am, you sometimes take what your client says at face value too easily. Second, a clear, unambiguous video will trump a witness’ testimony.
The irony of all of this is that the court really did the Plaintiff’s attorneys a huge favor.  The chances of winning this case at trial would have approached zero, anyway.  My guess is the video surfaced after the suit had already been filed and the Plaintiff’s lawyers were in for a dime, in for a dollar.   It would have cost them a $1.50 if the court had not put a stop to it by granting the WMATA’s motion for summary judgment.