Arthritis is such a serious injury because it is permanent.  Our clients who suffer from arthritis do not get better over time.  They get worse.

How much are arthritis cases worth?

Jury Verdict Research reports that the median jury award over the past 10 years, in personal injury cases involving arthritis injuries, is $38,867.00. This study involved personal injury verdicts where the victim’s primary injury involved inflammation, pain, and/or weakness to their joints or muscles. The study underscored what personal injury lawyers around the country have long known about fibromyalgia cases: juries struggle with them. This is borne out by the numbers – the median jury award of what we would call “pure” arthritis cases is $121,538.00; the median fibromyalgia jury award is approximately $23,000.00. 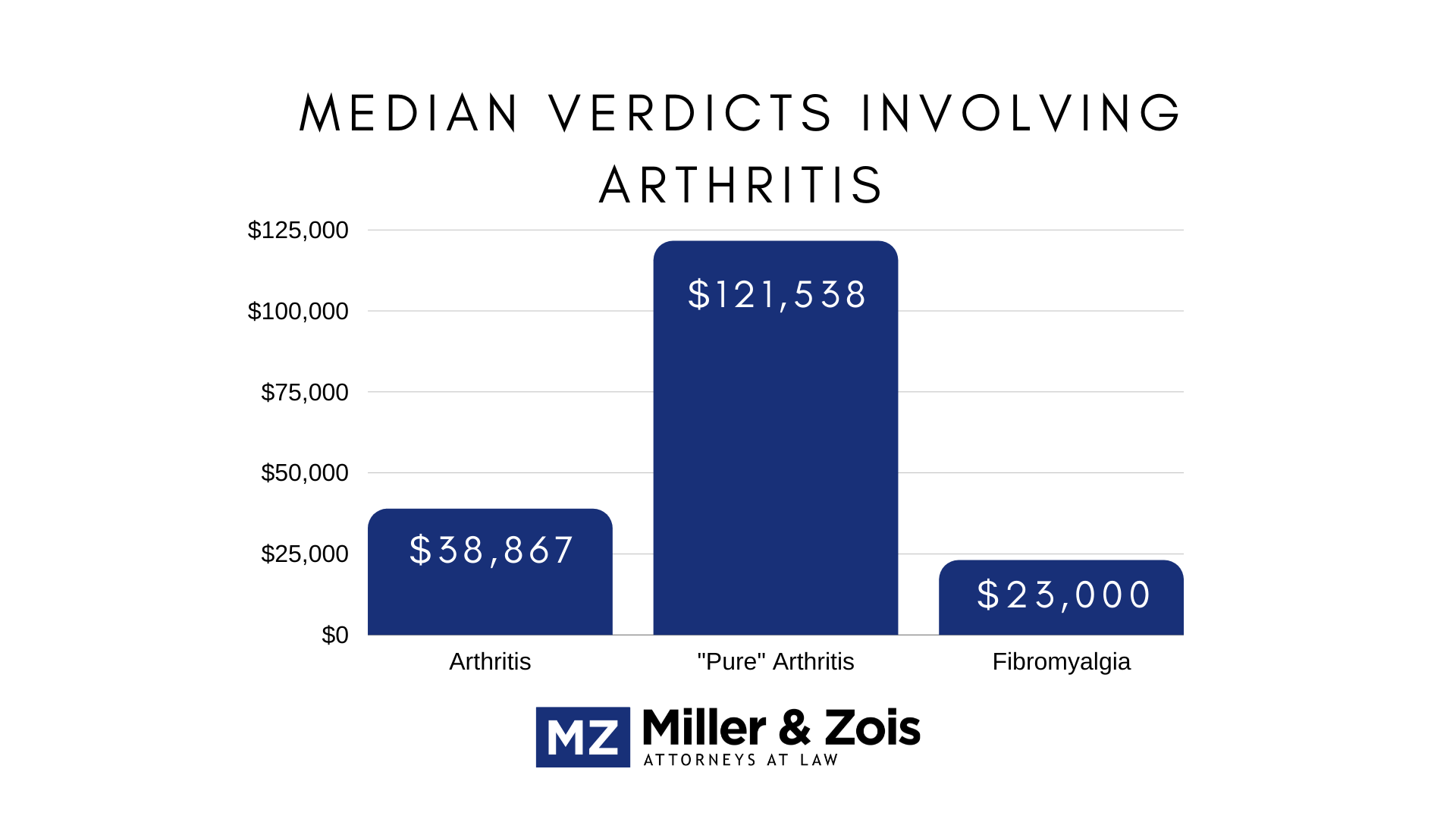 Insurance adjusters love to ignore Maryland law that provides recovery for exacerbations of preexisting injuries.  When they are not ignoring that law, they are bundling all the injury victim’s problems and drop them on the doorstep of the original injury.

Why arthritis cases are better than many lawyers think?

Many attorneys run from taking preexisting injury cases – particularly when the prior injury is serious – because they fear they cannot apportion the harm. If there are two or more causes of an injury, and indivisibility is not apparent, a Maryland plaintiff has to show either (1) the harm is not divisible, or (2) Both the preexisting cause and the new cause produced the harm. Sometimes this is an impossible hurdle but, in most cases, this task is very doable when lawyers take the time and money to get the medical opinions before accepting or rejecting the case.

The following are recent verdicts and settlements in personal injury cases involving arthritis: