The Court of Appeals of Maryland decided a negligence case, CSX Transportation, Inc. v. Pitts last Thursday. This blog post goes deep into issues that are related to the Federal Employers Liability Act (“FELA”). Looking back on it, I probably would not have spent this much time on it because I don’t think FELA is a hot topic to most of you and you may not want to get deep in the weeds of this case. But if you are handling FELA cases, this is obviously a must read.

The plaintiff filed suit in Baltimore City under FELA, alleging that the defendant railroad company was negligent in using large ballast instead of small ballast on the tracks. (Ballast is just crushed rock. Large ballast is used to support railroad tracks, while small ballast is used for walking surfaces.) The plaintiff, who had worked for the defendant for 40 years, claimed that walking on the large ballast caused him to develop severe osteoarthritis in both knees. Over the long course of his employment, the plaintiff walked anywhere from half a mile to six miles a day on the job as a conductor, brakeman, fireman, hostler, or engineer. The plaintiff first felt knee pain in 2003 when he was in his early 50s, but he did not see a doctor until 2007. The plaintiff discovered then that he had osteoarthritis and subsequently sued for recovery. Plaintiff sued and received a $1,779,000 verdict from a Baltimore City jury.

The defendant, naturally, appealed. First, the defendant argued for judgment as a matter of law, arguing that the Federal Railroad Safety Act (“FRSA”) preempted FELA and thus precluded the negligence claim. Second, the defendant wanted a new trial, contending that two jury instructions were erroneous and prejudicial. Third, the defendant sought a new trial on the issue of damages, claiming that the trial court committed a prejudicial abuse of discretion by limiting the cross-examination of the plaintiff’s expert economist.

First, the defendant argued that the FRSA, which promotes safety through uniform national regulation, required the defendant to use large ballast, thus preempting the issue of ballast choice and barring the plaintiff’s FELA action. To resolve this issue, the court looked at the relationship between the FRSA and FELA. Under FELA, “[e]very common carrier by railroad while engaging in [interstate] commerce . . . shall be liable in damages to any person suffering 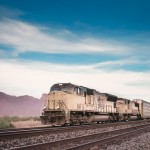 injury while he is employed by such carrier in such commerce . . . for such injury or death resulting in whole or in part from the negligence . . . of such carrier . . . .” The Supreme Court has clarified that “the general congressional intent was to provide liberal recovery for injured workers” in Kernan v. Am. Dredging Co.

The FRSA was enacted to “promote safety in every area of railroad operations and reduce railroad-related accidents and incidents.” In addition, the FRSA has a preemption clause that allows States to “adopt or continue in force a law, regulation, or order related to railroad safety or security until the Secretary of Transportation . . . prescribes a regulation or issues an order covering the subject matter of the State requirement.” While the FRSA would preempt a state law negligence claim, whether this preemption applies to federal law negligence claim is less clear. The court looked to the Easterwood test to answer this question. This test requires the defendant to establish that the FRSA “covers” or “substantially subsumes” the subject of relevant state law, and not just “touch upon” or “relate to” it. Although the language of Easterwood refers to “state law,” many courts have used this test to analyze whether FRSA also precluded federal negligence suits. As a result, in order for the plaintiff’s claim to be precluded, there has to be an FRSA regulation covering ballast choice. The court then identifies the relevant provision, 49 CFR § 213.103. It states:

Unless it is otherwise structurally supported, all tracks shall be supported by material which will— (a) Transmit and distribute the load of the track and railroad rolling equipment to the subgrade; (b) Restrain the track laterally, longitudinally, and vertically under dynamic loads imposed by railroad rolling equipment and thermal stress exerted by the rails; (c) Provide adequate drainage for the track; and (d) Maintain proper track cross-level, surface, and [alignment].

Second, the defendant argued that the jury was given two erroneous instructions: (1) informing the jury about the history and purpose of FELA, and (2) telling the jury that a violation of a statute is evidence of negligence. The court began by stating that it would only overturn a jury verdict and grant a new trial if there was prejudicial error. On the first instruction, the defendant contended that informing jurors of a statute’s purpose was an error. The plaintiff took the opposite position. The court rejected both arguments, explaining that the appropriateness of a jury instruction must be determined in its full context. Because the point of the jury instruction on the history of FELA was to show how unique a FELA action was in state court, the instruction was appropriate. On the second instruction, both parties agreed that giving the instruction was in error. The court agreed, stating that there was no evidence any statute had been violated. However, because there was plenty of other evidence of negligence, and because the plaintiff did not mention any violation of a statute in his closing argument, the court concluded that it was unlikely the jury was misled by the instruction. As a result, the court refused to grant the defendant a new trial based on this issue.

Lastly, the defendant asked for a new trial because the trial court allegedly refused to allow a cross-examination of the plaintiff’s expert economist with statistics about the expected work life of railroad employees. The plaintiff had called the expert to testify about his future economic wage loss. The defendant tried to show, using work-life expectancy tables for railroad employees, that the average age of retirement is 60, to demonstrate that the plaintiff would have retired had he not been injured and therefore the wage loss would have been less than claimed.

The plaintiff objected and cited precedent stating that the admissibility of future retirement benefits or eligibility was barred under the collateral source rule. However, the court pointed out that work-life expectancy statistics had nothing to do with retirement benefits or eligibility. Rather, information about someone’s projected date of retirement is very relevant when future wage loss is in question and has been used by courts to determine the reduction in future earnings.

Consequently, the use of industry statistics about the average retirement age in this context was not evidence of collateral sources, but instead, was evidence showing that the full amount of damage claimed by the plaintiff might not have existed. As a result, the trial court could not ban cross-examination using the workplace expectancy evidence. However, the court also concluded that the trial court did not ban cross-examination. Instead, the defendant slipped up by asking objectionable questions and then abandoned the line of questioning altogether. As a result, the court decided that a new trial should not be granted on this issue either.

In summary, the court ruled in favor of the plaintiff on all three issues. We can take away three key points from this opinion. First, FRSA can preempt other federal law and preclude claims under the “cover” or “substantially subsume” test. Second, the court looks to the full context of the case to decide the appropriateness of jury instruction. Finally, the collateral source rule does not include statistical evidence relating to the average retirement age when trying to figure out future wage loss.