The biggest intangible dealt with by personal injury lawyers in settling or trying a personal injury case is noneconomic pain and suffering damages. These damages defy ready conceptualization and the law provides little in the way of help to jurors who make the final call. 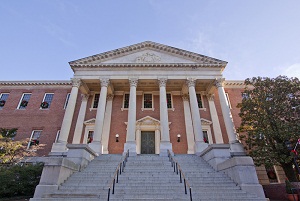 Talking to Juries About Valuing Cases

In many of our personal injury cases we have used per diem reasoning to juries to articulate pain and suffering damages. Per diem arguments give some tangible basis for a pain and suffering award. In psychobabble speak, per diem arguments are a form of anchoring — the cognitive phenomenon of the tendency of people to make estimates with a value in mind. After an anchor is established, there is a bias toward that value to the exclusion of other evidence.

Critics of per diem or other mathematical formulas contend that it manipulates jurors, and implants in the jurors’ minds specific figures and amounts, without a solid evidentiary foundation, to influence the jurors to adopt those figures and amounts in evaluating pain and suffering and measuring damages. This argument ignores the fact that there is never an evidentiary foundation for how to value pain and suffering. How is it manipulating jurors to suggest a value pain by the hour or day when defense lawyers have full opportunity to argue why such a valuation is unreasonable? Some jurisdictions have bought into these arguments and have prohibited per diem arguments, which I think is unfair to victims who should be able to have their lawyers argue their pain and suffering any way the lawyer and the client deem fit.

Interestingly, some disagree with the efficacy of using per diem arguments. Some point to a study that found that only 23% of jurors said they would defer to the pain and suffering award suggested by the trial lawyers, and only 40% would even consider the information in determining damages. But I also read somewhere that 92% of the people surveyed think campaign advertisements have no impact on the way they vote. I don’t think jurors can believe us when we are asked what influences us. Besides, if 40% of jurors are considering what you are saying, that is still a lot of jurors who may not only be able to persuade other jurors but may also argue that position during the jury’s deliberations.

In his book, Damages, David Ball suggests a related argument in closing that turns the tangible to intangible: “Total up the number of extra hours your client is forced to spend on the usual daily tasks of living such as dressing, eating, washing, toileting, getting to and from medical and therapy appointments, shopping for special need items, etc. If brushing his teeth used to take him three minutes but now requires six, and he brushes his teeth three times a day, that’s nine extra minutes a day just to brush his teeth. If that was eight weeks with a cast on his arm, that’s nine minutes times seven days times eight weeks, totally more than eight hours – just for brushing his teeth. If the injury is permanent and there’s a 35-year remaining life expectancy, the total is nearly 2000 hours.”
Under Ball’s paradigm, intangible, noneconomic damages are converted to tangible, economic damages by giving him his hourly wage for the total extra time he needs to spend, giving jurors larger economic anchor to use as the basis for their award. Ball also notes that this argument gives a personal injury lawyer a decent shot with “tort reform” minded jurors.

This is a grand strategy in the right case. But, using David Ball’s words, pain is often the worst harm in the case. The per diem argument I think gives personal injury lawyers a chance to receive a favorable jury verdict for the pain their client endure.