In the past, I have written on the value of fractured legs. Now, in a relentless, unyielding effort to cover the settlement and trial value of every single bone in the human anatomy, let’s thin slice broken legs a little thinner: femur fractures in Maryland, the District of Columbia, and Virginia.

Why are Maryland femur fracture cases valued at roughly 35% of the value of a femur fracture case in D.C. or Virginia? The Metro Verdicts Monthly graph has a disclaimer attached to the statistical analysis that any defense verdicts have been omitted from the formulation of these numbers but this would not skew the data. So besides the other reasons that I have suggested in the past that could distort this data (most namely, that many of these verdicts are self-reporting), maybe Virginia and D.C. insurance companies are more willing to let cases get filed in the first place, much less go to trial and get a trial report. I know I have settled a lot of femur fracture cases without ever suing. These statistics don’t pick that up. Also, if you are including settlements, you realize that policy limits become a factor. Are we writing smaller policies in Maryland than our neighbors are?

I have mentioned other reasons this data could be distorted to the point of not being a meaningful comparison before to the point of my having no confidence in its accuracy. So why do I keep writing about median and average verdicts and settlements? I find the data interesting and – informative in some ways. It means a lot of attorneys have gotten settlements and verdicts for femur fractures in the ballpark of $75,000. Really, I think to myself? I think that is ridiculously low. But does this data inform my settlement evaluation of cases? The way lawyers calculate settlement value is such a mosaic of different information, but I can’t deny that data like this, that I disagree with, does in some part enter my calculus. 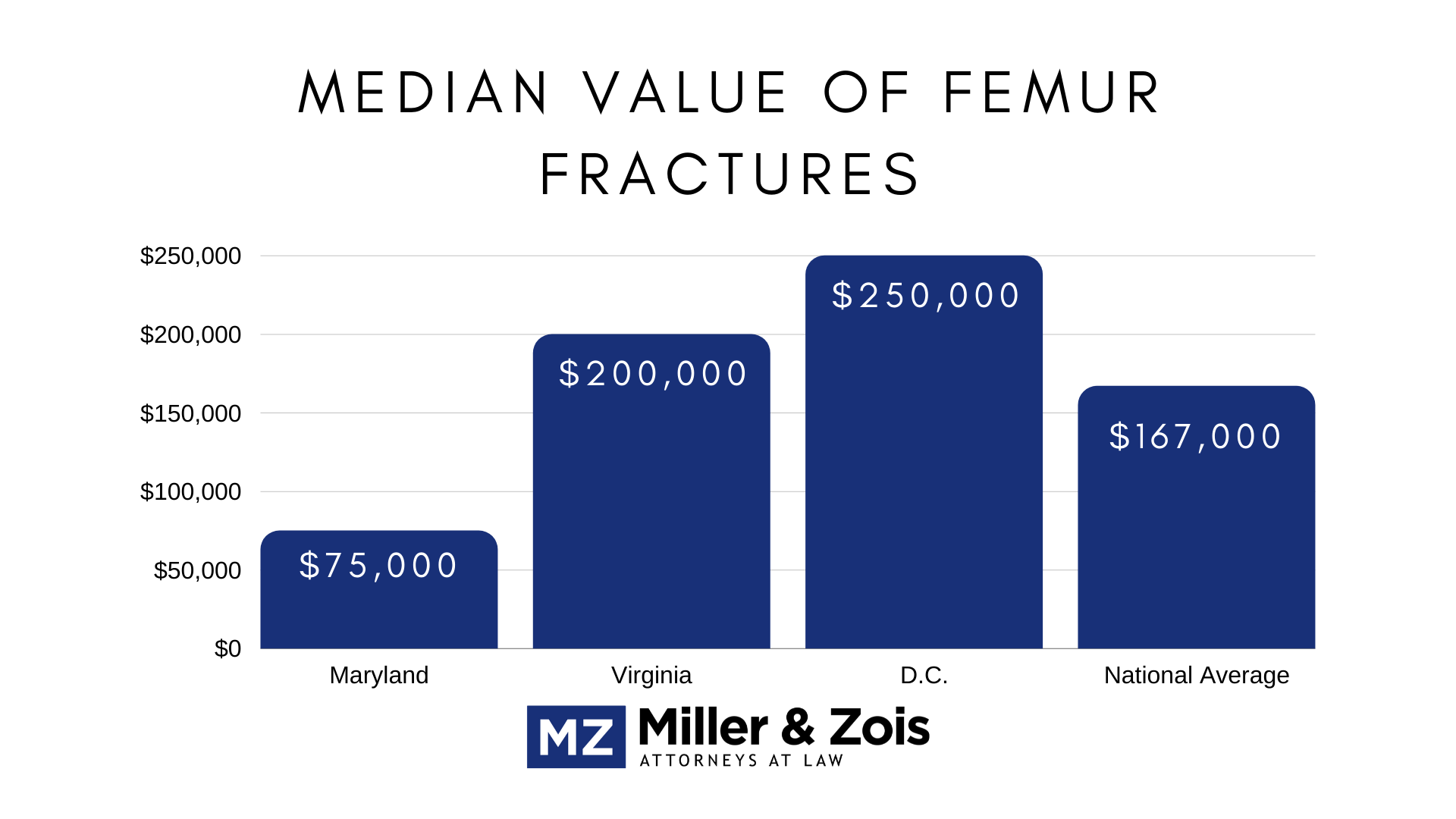