I had a prospective client call in a few weeks ago with an interesting uninsured motorist waiver issue that I thought I would share.

To keep the world simple, Maryland law requires that insurance companies match up their insured liability coverage to their uninsured motorist coverage. But it allows for an exception in those cases where the insurance offers uninsured/underinsured motorist coverage in the same amount as their liability coverage and the insured signs a waiver that its liability coverage will exceed its UM coverage. This is an odd bet for the insured who is more worried about getting sued and not having enough coverage than making sure they are protected when they get in a car crash caused by someone who had no or little insurance. But, I don’t disagree that in the free market economy (I’m talking to you, Mitt), people ought to have the right to make this odd choice as long as it is a knowing and 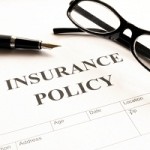 But what about these waivers? In this case, I have a high wage earner who gets into an accident with a driver with a minimum limits policy. He has a $300,000 liability policy that would clearly be offered if his uninsured motorist coverage mirrored the liability policy. Instead, he has the minimum $30,000 UM policy.

I don’t think the waiver applies because I don’t think GEICO’s waiver says what the statute says that it “must” (for one, that the coverage will still be offered even if the insured elects to have matching coverages). But I can’t find any law that says what I think should be just a slam dunk: you have to renew these waivers more often than every 19 years.

If you have any opinions about these facts, let me know. Assuming we take the case – and I think we will – we will simply sue and file a summary judgment on this issue with the complaint and see what the court decides.