The New Jersey Superior Court, Appellate Division, ruled last month in Dolores Kleiber v. State Farm Ins. Co. that the trial court properly entered summary judgment in favor of State Farm.  This case involved in a lawsuit filed by a State Farm insured seeking a declaratory judgment that entitled the Plaintiff to additional optional uninsured motorist (UM) coverage because her insurer failed to offer her optional coverage when she moved from Florida to New Jersey shortly before a car collision she had in the fall of 1999 with an uninsured driver.

The New Jersey Superior Court, Appellate Division, ruled the trial court did not err in entering summary judgment in favor of an insurer in an insured’s action seeking a declaratory judgment that entitled her to additional optional uninsured motorist (UM) coverage because her insurer failed to offer her optional coverage when she moved from Florida to New Jersey.

Plaintiff’s attorney’s argument was a stretch, contending that because the policy was issued in Florida, State Farm offered her additional coverage because State Farm knew she would drive her car in New Jersey. She claimed that if they had informed her they required her to get insurance in New Jersey, she would have got $100,000 in optional UM coverage.

The Appellate Division disagreed, holding that because New Jersey only requires 15/30 coverage under N.J.S.A. 17:28-1.1(a), there was no evidence that Plaintiff would have purchased additional UM coverage. 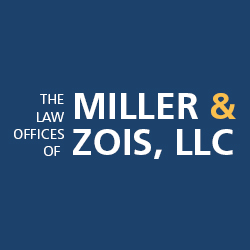 This definition of offer means “making available” as opposed to the affirmative burden Plaintiff’ sought to place on State Farm in this case. I think it is dangerous to place the burden on insurance companies to take affirmative action in offering coverage, particularly based on conversations the insured had with the insurance company. I think the Plaintiff’s claim that she would have bought coverage if they had offered it is speculative.

I think the court made the right ruling in this New Jersey case, and I suspect a Maryland court would make a similar ruling.