As the volume of Tylenol autism lawsuits grows, the cases could be consolidated into a new class action MDL. If this happens and the scientific evidence is deemed to be admissible there could eventually be a global settlement to award financial compensation to parents with acetaminophen-related autism. Our lawyers are currently accepting new Tylenol autism cases across the country from parents of children diagnosed with autism or autism spectrum disorder following high-level use of Tylenol (or acetaminophen) during pregnancy. 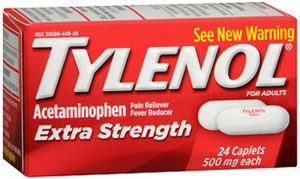 Tylenol is the iconic brand name for a drug called acetaminophen, which is one of the most popular and commonly used over-the-counter pain relief medications in the world. Over 95% of the adult population in the United States has used Tylenol or a generic acetaminophen product at some point in their life. It is estimated that around 1/3 of the U.S. population (over 100 million people) uses acetaminophen products on weekly basis.

Since it was first developed, Tylenol has been viewed as a harmless drug that presented no significant health risks to users. Despite this reputation for being safe, acetaminophen remains somewhat of a mystery in the world of pharmacology. Exactly how acetaminophen works to reduce fever and alleviate pain is not fully understood.

Manufacturers of Tylenol and acetaminophen products have capitalized on the drug’s safety reputation to market it as the best pain relief option during pregnancy. Tylenol is often marketed as the only truly harmless drug for pregnant women, which has created a public perception that acetaminophen poses no risk to a fetus.

The recent publication of new medical article on the use of Tylenol during pregnancy has drastically changed the perception of this drug. A Consensus Statement from a group of 91 leading medical experts was published in the September 2021 edition of Nature Reviews Endocrinology. The article warned that the use acetaminophen in high doses for long durations during pregnancy can increase the risk of having a baby diagnosed with autism.

The Consensus Statement outlined the significant epidemiological research and testing showing an association between prenatal exposure to acetaminophen abnormalities in fetal development causing higher rates of neurodevelopmental disorders such as autism. 29 observational studies including over 220,000 mother-child pairs from across the world were cited in the Consensus Statement.

The Consensus Statement and the body of research it relies on has prompted a rising tide of recent Tylenol autism lawsuits against major manufacturers and retailers of Tylenol and generic acetaminophen products. These product liability lawsuits are being filed by parents who allege that the use of acetaminophen products during pregnancy caused their children to develop autism and other neurologic disorders. They accuse the defendants of negligently failing to warn about this risk.

The volume of acetaminophen autism lawsuits being filed in courts across the country increased dramatically during 2022.  A group of plaintiffs filed a motion in June 2022 asking the Judicial Panel on Multidistrict Litigation (JPML) to consolidate all of the Tylenol autism cases into a new class action MDL.

Who is Eligible to File a Tylenol Autism Lawsuit?

Women who used Tylenol or a generic acetaminophen product extensively during pregnancy and gave birth to a child who was diagnosed with autism spectrum disorder may qualify to file a product liability lawsuit and pursue financial compensation.

The causation evidence linking prenatal acetaminophen exposure to autism is still emerging at this point and more studies are currently underway. However, the body of research cited in the Consensus Statement could be enough to present admissible evidence in court. If this evidence can survive legal challenges and get presented to juries, plaintiffs in Tylenol autism lawsuits could receive significant financial compensation for their claims.

Potential plaintiffs will have stronger claims if they can show that they used high doses of acetaminophen for long time periods during pregnancy. An absence of family history of autism, pregnancy complications or other potential risk factors for autism and neurological conditions will strengthen a claim.

The national product liability lawyers at Miller & Zois are reviewing Tylenol autism lawsuits on behalf of parents of children who were diagnosed with autism after significant Tylenol or generic acetaminophen use during pregnancy. Contact our Tylenol autism lawyers today at 800-553-8082 or get a no-obligation consultation.