It is easier to file a lawsuit against a trucking company than a truck driver. This is true because human beings are likely to feel more comfortable placing blame on a big business than pinning it on one, possibly sympathetic, truck driver. We humans are folksy like that.

Juries are not told of the existence of insurance in traffic collision cases, leaving the juries wondering who is footing the bill. Most juries get it, but they are not entirely sure because it seems so unbelievably odd that no one mentions insurance. The collateral source rule is not understood by the public. 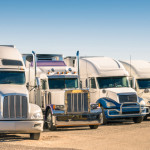 I had a trial once in a truck accident case where we did clearly point to the commercial defendant. He was a great guy. We tried to leave him out of it as much as possible. But after the verdict, one juror was extremely concerned that the defendant driver – who left an “I don’t have two nickels to rub together” impression – would have to pay out of his pocket after the verdict. “That nice Mr. So and So is not going to have to pay for this, is he?” The take-home message for me: you have to make crystal clear the corporate entity is the one on the hook, not the likable driver.

Respondeat superior gets you there. But it does not get you to the company’s documents in discovery. They are key. Why? Well, at the risk of over-generalizing, trucking companies are incompetently run. My apologies to every well-run trucking company out there. But this is a low margin business. You make money by cutting corners. And it shows. So there is typically an obscene wealth of bad documents calling the names of plaintiffs’ truck accident lawyers if you are looking for them. This leads you to negligent hiring, supervision, and entrustment claims.