An Illinois court awarded $2.5 million in a lawsuit against a truck driver who admittedly (1) crossed the median strip and hit the Plaintiff and (2) had been driving for 19 hours that day.

Obviously, and the result underscores this point, this is a tough case to defend on liability. If you are Defendants’ truck accident lawyer, what kind of defense do you muster in a case like this? Oh, they always have something it seems. Here, they went for the “everything and the kitchen sink” defense. 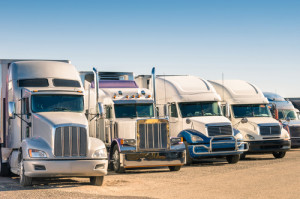 First, they claimed his vision was impaired because of diabetes. This is a lot better defense in a passenger car case than it is in a truck accident case. If you are a truck driver driving a big rig truck, we expect you to have your diabetes under control or don’t get behind the wheel of the dangerous weapon that is a truck. Second, and even more improbable, the defendants’ truck accident lawyer also argued that the accident occurred because the truck driver’s tire exploded.

We don’t know the facts of the case. It is undeniable that sometimes a condition like diabetes can cause an accident that is not the fault of the driver. If you have a heart attack while you are driving, no one can blame you for that. But the problem with the “kitchen sink” defense is that it diminishes credibility for all defenses. Okay, so diabetes and exploding tires caused the truck accident. Anything else? It has a “you don’t believe this one, let’s try that one” quality to it.

This bleeds into damages. Every argument Defendants’ lawyer makes gets viewed through the “this lawyer would say anything” prism. I’m sure there was some debate over the extent and scope of the injuries. Again, we don’t know the facts, but I would not be surprised if those debates were resolved in favor of the Plaintiff because the Defendants’ lawyer had lost all credibility.

I’m not saying I have never taken a position in the alternative with a jury that diminished my credibility. Sometimes lawyers do this because they have no alternative: the claim or defense is just not good and, for whatever reason, the case did not settle for the true value. But if you have a decent case or valid defenses to a case, you are better served by playing it more conservatively.

For personal injury lawyers, a perfect example of this is a multiple injury case with varying degrees of linkage to the accident. Let’s say you have a shoulder surgery from a rotator cuff injury that is clearly related to the accident and a knee injury is more of a complicated “maybe it was exacerbated, maybe it was not” type thing. As a lawyer, make a call whether you go for damages on the knee. Because if you do, you might compromise your credibility with the jury on the shoulder.

Every case is different. But I think juries are almost invariably smarter than lawyers think they are, and a trial is not a long-term relationship. When counsel loses credibility with a jury, it is hard, maybe impossible, to get it back.

It is worth pointing out again: I’m assuming the facts of this case and using them to illustrate a point that I want to make. It could be both the diabetes defense and the tires blew up defense were both legitimate and the actual damages in the case were over $5 million and the truck accident defense lawyer’s strategy worked. But I, and everyone else reading this post, suspects otherwise.