The Tennessee Titans have sued the University of Southern California and coach Lane Kiffin for “maliciously” luring away assistant running backs coach Kennedy Pola. The lawsuit claims the hire disrupted planning and “potential loss of confidence by players.” 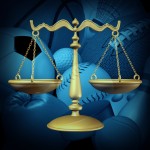 Look, we all get it. Lane Kiffin is doing a lot of things to damage his reputation. But what kind of message do you send when you sue – against a university – for hiring a coach when the actual thing you are mad about is that Kiffin did not “ask” for permission to hire the coach?

I complained last week about how celebrity lawsuits distort the public’s perception of what victims’ attorneys do. All these lawyers want to do, the public complains, is sue people. Actually, the goal is to settle before suing. How much effort did the Tennessee Titans make to settle? They sued about 20 minutes after they felt aggrieved.

Off the top of my head, I have no idea who the owner of the Titans is. But would you be surprised if he had the pro-big business view that trial lawyers are destroying America? I don’t know that this is his view, but let’s pretend that it is for a minute because it would surprise no one. (I remember him giving the fans the finger last year. So anything is possible.)

My point, by now, is obvious: everyone hates what lawyers do until they feel like they have been wronged. But I think it is crazy to be pro-plaintiff or pro-defendant. We should judge every individual case on the merits and the totality of the circumstances.

Here, unless there are facts we don’t understand – which I concede is entirely possible although unlikely – this case by the Titans against USC is just ridiculous. Not every wrong should be remedied by a lawsuit.

Also, the Titans should do their fans a favor. Any player who has “lost confidence” because of the loss of the assistant running back coach should be cut immediately. I don’t care if his name is Chris Johnson. Cut him.