Today, I will break down the election from every conceivable angle and offer my opinions on how America chose and why.

Wait, don’t go anywhere. I’m kidding. I’d rather eat my own kidneys then talk about politics for another second. Let’s get back to developments in Maryland law.

The Maryland Court of Appeals issued an opinion in two consolidated cases against WMATA last week in the Tinsley and Hodges cases (full opinion here). Basically, an agreement (the WMATA Compact) ratified by Congress in the 1960s created an entity to run a mass transit system in and around the District of Columbia. No one argues that the Washington Metropolitan Area Transit Authority was a terrible idea. Having a system that crosses state lines is key for the Washington metropolitan area.

But tragically, lawmakers made life for WMATA more pleasant by giving them a free ride most times to negligent caused injuries and deaths without taking responsibility. Using the states’ ability to prevent lawsuits against themselves, they made the WMATA a “pass-through,” keeping those rights as held by D.C., Maryland, and Virginia. These governments waive that immunity on a criminally small level, allowing some handcuffed lawsuits against them. (Tragically. Criminally. I’m using incendiary language this morning in honor of the fallen election season.)

Anyway, for the WMATA agreement, it was decided that injured people could not sue WMATA for exercising governmental functions; it was also decided that people could sue WMATA for proprietary functions (like the average car or bus accident). Courts use a test to decide whether any action is governmental or proprietary, based on whether the action involves discretion or choice “grounded in social, economic, and political policy.”

In the Tinsley case, the plaintiff sued WMATA, claiming that its negligence in cleaning a Metro station caused her to slip and fall—the floor was wet after cleaning. She fell at 4:45 p.m., and argued that the cleaning was not a governmental function because the cleaners had no discretion about when to clean—internal WMATA rules stated that cleaning should be done after rush hour at 7:00 p.m. There was heated debate about how “official” those policies were and whether WMATA satisfied any duties it had with the presence of wet floor cone signs (the floor was wet right when Ms. Tinsley stepped off the train—so she had nowhere to go to avoid the floor, absent staying motionless). The jury gave a plaintiff’s verdict of just over $64,000.

In the Hodge case, the plaintiff also fell at a Metro station. The allegation here was that WMATA failed to clean the water on the floor, which pooled in an area where it was not obvious to passersby. The trial judge ignored the immunity defense (WMATA again claimed that cleaning was a discretionary function) and allowed the case to go to the jury which found for the plaintiff in the amount of $18,945.77. 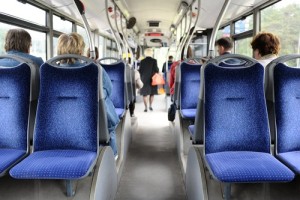 Maryland’s highest court then considered both cases, making several analogies to cases arising under the Federal Tort Claims Act (FTCA). The court decided that the choice of whether, when, and how WMATA cleans its floors is based on economic and policy considerations. The cleaners must ask themselves whether cleaning is necessary in light of the costs of cleaning and whether it will impede traffic, for example. Therefore, this was a discretionary function, and WMATA was immune.

The court also decided that the analysis held up, even considering other rules. The Compact provides that WMATA must comply with the laws of the states and counties, but those rules were limited to the use of streets, highways, and vehicular facilities; not, as plaintiffs argued, the use of buildings, signs or zoning laws. Plaintiffs thought Prince George’s County’s rules, for example, placing a duty of maintenance on property owners would be enough to prevent immunity. Unfortunately, that argument did not carry the day.

Cases against the government and, by extension WMATA, can be tricky. They are seldom just simple “slip-and-fall” cases (there’s no such thing). Immunity is an actual concern and requires a case-by-case analysis in which both sides usually end up disagreeing. These cases, though not pro-Plaintiff help to clarify the law to limit some of that disagreement, giving lawyers a better idea of where the court will draw the line.

This is a legally correct opinion by the court interpreting an unjust law.