In his ESPN column that I regularly read, Bill Simmons, a.k.a. the “Sports Guy” writes about the controversy that ensued when a basketball player, Charles Villanueva, claimed that another basketball player, Kevin Garnett, called him a “cancer patient” while trash-talking during an NBA game. Villanueva suffers from a condition that does not allow him to grow hair.

The Sports Guy praises in a sidebar to his column (an opinion piece that is oddly sponsored by Miller Lite) the reaction of former NBA player television analysts who candidly said that trash talk is ubiquitous in the NBA and they have heard much worse on the court. The gist of the Sports Guy’s opinion was it is good to hear insiders telling it to us like it really is as opposed to trotting out the usually trite and politically correct answer.

I agree with the Sports Guy on his general premise. Real commentary in the media has improved in recent years because of the competition with the Internet (including the Sports Guy) but still, so much of what you get from real insiders’ commentary is so filtered that you really get little value from their experience. James Carville comes off like he is speaking candidly. But I bet if he started telling us everything he really knew and really thought, we would be glued to our chairs. (It is why the book about the election “Game Change”, and every Bob Woodward book, sells so well – you really feel you are getting the actual inside stuff.) 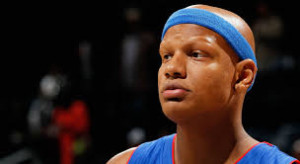 (Skip this paragraph if you don’t care about basketball: I disagree with the Sports Guy’s premise that these former players provided a clear lens of “the way it is.” If Kevin Garnett had been the aggrieved party, those same blunt commentators would have rushed to his defense. It is easy for these former player-analysts to side with star players. The strategy is to gain “keep it real” credibility by attacking also-ran players while continuing to suck up endlessly to the stars. The articulate Mark Jackson, for example, is the master at exactly this. He wants a coaching job in the league so he makes sure he does not cross anyone with actual power. I don’t blame him. But it is a fact. Therefore Charles Barkley’s attack on LeBron James was so refreshing. End digression.)

But then the Sports Guy concludes that when “former NBA players say, “This isn’t a big deal, this is what WE do out there,” we have to believe them. Only they know.”

I disagree. There are lots of codes on the streets and in our prisons that exist, but we don’t just accept these codes and move on. Sure, I may have said that Christopher Moltisanti or D’Angelo Barksdale “had to get whacked” while I was watching Sopranos or The Wire, but, while I respected “the code” as a viewer immersed in the show, in the real world I would like criminal charges brought against all the perpetrators without “the code” being a mitigating factor. Similarly, if Garnett said what they accuse him of saying, we should not dismiss his offensive remarks because it is covered by “the code.” (I don’t think we should make a federal case of this. I’m a two time cancer survivor and I sure didn’t take it personally. I still like Garnett as much as I did before. It should be a 24-hour and done news cycle type of thing. The question is, should we condemn the trash talk or accept that such condemnation is just an unnecessary bow to political correctness because it is the way they play the game.)

What on earth does this have to do with tort law? Not much, admittedly. Maybe I just had nothing good to write about today on Maryland personal injury law. Or maybe I wanted to steal some search engine traffic by repeating the nickname “Sports Guy” as many times as possible.

But in accident, malpractice, and product liability cases, defendants also claim a close cousin of “the code” argument: industry standard. Everyone drives 80 m.p.h. on this road. Every doctor takes this shortcut (often called the unwritten standard of care.) No drug company performs that kind of testing. The FDA approved. (It is not just defendants. We have all played the “everyone else does it” card to varying degrees since we were toddlers.)

But “industry standard” does not negate liability as we all learned in first-year torts in T.J. Hooper v. Northern Barge Corp. Written in 1932 by one of the great names (both literally and figuratively) in legal history, Judge Learned Hand, the case involved two barges that sank in a storm while being towed by two tugboats. The company that owned the barges sued claiming that the tugboat should have had a radio on board which would have allowed the tugboat to know the weather forecast was not amenable for travel. The tugboat owners argued that having radios was not an industry standard. Judge Hand found the tugboat owners liable even though having radios in emergencies was not an “industry standard.” He famously wrote: “Indeed in most cases, reasonable prudence is in fact common prudence, but strictly it is never its measure. A whole calling may have unduly lagged in the adoption of new and available devices…. Courts must say what is required. There are precautions so imperative that even their universal disregard will not excuse their omission.”

Another great sports example: concussions in the NFL. Just a few years ago, all 32 NFL teams were handling this issue negligently. Roger Goodell would probably be the first person to tell you this. The “industry standard” on concussions changed in the blink of an eye. Heck, we even got a new verb out of it: concussed. The take-home message: sometimes, everyone is getting it wrong.

“That is the way it is done” is not the definitive answer to how it should be or what is appropriate. Kevin Garnett should not make light of Villanueva’s condition or cancer even in the heat of NBA trash talk, even if crossing boundaries is a common occurrence in NBA games. Again, it is not a crime against the people. But he shouldn’t do it. Similarly, defendants in tort actions should be judged by what is reasonable, not what everyone else is doing. Industry standards inform what is appropriate in some and probably most cases. But sometimes, “most everyone” is just plain wrong.