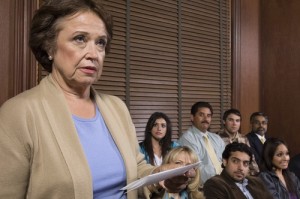 In his blog the Art of Advocacy, Baltimore lawyer Paul Mark Sandler suggests a counter to the slippery slope argument: “The ‘slippery slope’ argument falsely assumes that once you take a moderate first step in a particular direction, a catastrophic chain of events will follow. Most times, a better metaphor would be a staircase with many safe steps along the way.”  (No link to this blog because, like many legal blogs, it died a premature death.)

I like this metaphor. My problem with slippery slope arguments is that in real life, slopes are rarely slippery. Looking at this same metaphor through a different lens, George Will wrote earlier this year that life is lived on a slippery slope: taxation could become confiscation; police could become gestapos. But the benefits from both taxation and police make us willing to risk that our judgment can stop slides down dangerous slopes.

Believe me, I know plaintiffs’ lawyers have made the slippery slope argument. I have myself. But it seems like more of an argument I hear from defense lawyers.

Slippery Slope and the NRA

It is the slippery slope argument.  “I think what they’ll do is turn this universal check on the law-abiding into a universal registry of law-abiding people,” warned Wayne LaPierre, the NRA’s executive vice president. “Obamacare wasn’t a tax until they wanted it to be a tax.”  They are against banning cop-killer bullets because it is a “Trojan horse” to a backdoor national gun control scheme.

I don’t begrudge people and their lobbying groups.  But these groups don’t represent all of us or even their members.  When they have oversized powers, the results are not so good.