I love when someone does a study confirming one of my pet theories. My theory: juror skepticism towards plaintiffs is fueled by unwarranted perceptions in the media as to whether jurors are reaching fair verdicts.

The Center for Justice & Democracy has published a study showing that the media distorts the public’s perception of how much juries award in personal injury and other civil cases. The study tracked the news over an 80-day period and found that jury verdicts reported on in the media are 192 times higher than the national average of damages awarded. The plaintiffs’ verdicts reported by the media in the study had a median jury award was $4.6 million, instead of the real national median jury award of $24,000 awarded to victorious plaintiffs. 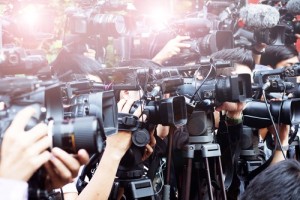 The problem is easy to see. The public sees that every celebrity death ends in a wrongful death lawsuit. Every silly celebrity and pseudo-celebrity dispute also ends up as a lawsuit. Look at this crazy battle published on Deadspin today, involving Erin Andrews. You can find one every single day if you look. So, the public weighs the merits of these lawsuits, finding that more often than not they are unsustainable and, at worst, ridiculous. The take-home message? These suits indicate all lawsuits.

These same people then read, almost daily, media reports of some $25 million verdict here and some $50 million verdict there. These stories might mention in the last paragraph that there is a cap on noneconomic damages that cuts 90% of the award, or that the defendant did not even have a lawyer and there is no expectation the victim will ever see a dime of the verdict. Putting these things together, should we really be surprised that jurors come in with the rebuttable presumption that our clients are just looking for money and not justice?

What can personal injury lawyers do? First, pick cases where the clients are credible. You can’t prep your client into being an honest and decent person. Juries figure it out over the course of the trial. This is the single biggest thing in overcoming jurors who are predisposed to mistrust the plaintiff.

It is easy for personal injury lawyers to think they’ve won the case on their own. Every lawyer thinks this way on some level. I write this like I’m the high horse voice of reason, but I can’t help but do it, too, in my mind. But look back at the cases you have won big. Those clients were credible, weren’t they? Most likely, you won those cases on the plaintiff’s direct examination.

Once you have a decent client, don’t screw it up. Be credible in front of the jury. Don’t write checks you can’t cash and don’t come across as an advocate that would twist any fact to suit you or your client’s purposes. They know you are an advocate. But, if the jury senses you are an honest advocate and your client is honest, you will come a long way in leveling the playing field and getting the jury to take a fair look at your client’s case.