Maryland Attorney General J. Joseph Curran announced this week the guilty pleas of three sisters indicted in a scheme to defraud the Maryland Automobile Insurance Fund (MAIF) of over $65,000. MAIF said that more could have been stolen but “paper records” from before 1994 have been destroyed.

The sisters schemed to fraudulently add additional personal injury plaintiffs to actual Maryland auto accident claims and then write settlement checks to phantom injury plaintiffs with names close to the MAIF employee’s sisters and their family members. After about ten years, MAIF got wise to the fraud.

MAIF is a train wreck 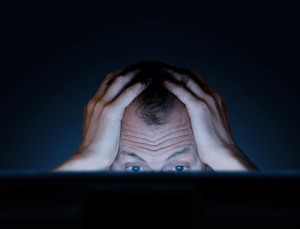 It is impossible to feign shock that this happened. MAIF is a poorly run business on virtually every level. First, MAIF adjusters are difficult to deal with, usually requiring multiple calls to get anyone to return a lawyer’s call. While I may not always agree with the adjusters at GEICO, Allstate, State Farm I almost invariably enjoy dealing with them. We might disagree as to the value of the case and need to sue, but there is mutual respect and agree to disagree, usually getting back together to reevaluate the claim after the suit has been filed or discovery has been completed. MAIF adjusters – most of them anyway, there are wonderful exceptions – rarely extend personal injury attorneys in Maryland the courtesy of returning a phone call.

Our lawyers have issues with other insurance companies dealing with personal injury claims in Maryland. This is invariable, we have an adversarial system, and one downside of such a system is adversaries sometimes go too far. I am sure our lawyers, too, have gone too far occasionally. But with MAIF, they are unreasonable at every single turn.

Classic Example of MAIF Being MAIF

Classic example: I have a case now in Prince George’s County. Two friends are driving home, the driver is drunk, and he gets in an auto accident, and my client’s son is killed. It is just an unfortunate case. The driver who was, unfortunately, MAIF insured, is now in jail for the death of his best friend. Only a $100,000 uninsured motorist policy with Allstate covered my client’s son. MAIF owes $20,000, and Allstate owes $80,000. Allstate has told me in no uncertain terms that they will pay out the $80,000 – even though there is no first-party bad faith in Maryland – because there is no reasonable defense to the case. Yet MAIF has not even given me the courtesy of responding to a demand that I made last summer for their policy limits of $20,000. Every time one of our lawyers calls MAIF on this case, we were told that they will have a decision in a few weeks. We recently gave up and sued. Next time, our lawyers will save everyone the time and trouble and just sue, which is what we typically are doing in all of our MAIF cases now.

I have a few things to add. First, concerning this case, MAIF offered its policy limits just days before trial. The verdict was $8 million (the underinsured motorist case proceeded against Allstate). Second, I have written several blog posts about MAIF since this post, which was one of the first blogs posted on this blog which has not been going strong for 13 years. We have received a few comments on one of these blogs about accident victims’ experience with MAIF. If you have comments about your experience with MAIF or Maryland Auto Insurance, either positive and negative, click here.

We don’t deal with MAIF nearly as often as we used to because we are no longer handling the smaller cases that lead to real disputes with MAIF.  In our larger cases involving MAIF, normally they are offering their policy limits.   Because our experience with MAIF has changed, it is harder to test how they have changed because I can’t tell if the driving variable is the organization or our dealings with it.   But, dare I say it, I think they have gotten better in recent years.  Why?  I have no idea.