Ted Cruz has made a lot of enemies.  I cannot remember a legitimate candidate for president who seemed to be as personally disliked as Ted Cruz. This quote in the Washington Post describes how 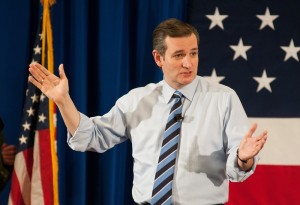 he was viewed when he attended Princeton:  “You either didn’t know Ted Cruz, you hated him, or you were David Panton.”  That’s harsh.

What does this have to do with this post?  Nothing, really.  I just thought it was worth pointing out.

Cruz is very proud that he was on the front line in the tort reform battles, a point he will probably make in South Carolina – while I write this post.  He defended appellate challenges to the 2003 Texas law that allows Texas doctors to commit malpractice as often as they please with no limitations. He was an author of George W. Bush’s “Let’s turn a blind eye to our federalism platitudes and install nationwide tort reform.”

After these accomplishments, Cruz gave being a private lawyer a spin.  Even Cruz’ enemies who will now agree he is a fantastic appellate lawyer.   He did what you would expect him to do in private practice: help big companies fight each other and squash the little guy.  As a personal injury lawyer, Ted Cruz defended, on appeal, two mammoth plaintiffs’ verdicts in New Mexico that involved $110 million in damages between two plaintiffs.   Keep in mind this was after he passionately fought against personal injury victims in Texas and throughout the country.

Why would such a committed tort reformer agree to represent victims?  Cruz clarified that if he would get involved when “money had to be right.”

Tort Reform…Unless It Impacts Me

I drive slowly.  In my youth, I used to say that I thought the speed limit should be 55 mph for everyone but me.

The driving 55 metaphor falls apart when it comes to the frequency of exposure to the law.  My hypocrisy is immediately exposed. Thankfully, very few people are put in a position where caps on damages cause them to suffer injustice.  I’m convinced it will never happen to me and you are probably similarly confident.  But for people that support tort reform and something awful happens to them and they are subjected to the cap, do you think they maintain those principles?  I’m betting that 95% of people who support tort reform — like Robert Bork or this doctor — changed their mind when they are subject to the cap.

I find the Ted Cruz example so striking because his big claim to fame is ideological purity.  I don’t doubt his convictions.  But even the most devout tort reformers flip when there are financial incentives to do so.  Cruz flipped merely because someone “made the money right” for him.

I think this is because tort reformers do not passionately believe in caps, particularly in cases involving children when you give them an example that hits home.  “Oh, yeah, it should be different in a case like that.”  Caps are just a proxy in the war against empowering Americans in our courtrooms as our Constitution intended.  A key principle of our Founding Fathers (capital Fs when I agree with them) is that We the People should have a voice in the courtroom. Tort reformers can’t say that because they are in the same lot that proclaims they carry the Constitution around in their pocket. So caps are a way of saying: I love all the provisions of the Constitution that conform to my ideology.