I love talking to jurors after a trial. You spend days looking a seven or eight people (6 plus alternates in Maryland) and you get to know them. Sort of. But, really, you have no clue. Because jurors are incredibly poker faced. If they are showing “how to avoid giving tells as to your emotions” videos in the jury assembly room, I would not be the least bit surprised.

I found this article on Roger Clemens’ steroid trial interesting in this regard. These jurors sat through only two days of trial. Some attorneys say that jurors make up their minds during opening statements. I think that is wrong, particularly in a case like this where all the core facts are in dispute. Still, jurors start leaning in certain directions and develop in opening statements the lens from which they will view the witnesses at trial. 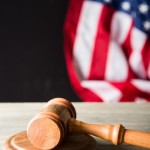 The Clemens trial is a classic example of a case where talking to the jurors has actual value for the parties. What arguments were they buying? Even assuming the prosecution could prove its case, do you think it was a crime? What did you make of Mr. Clemens’ demeanor during the trial? These are a few of the thousand different questions you would want to ask because these jurors make up the ultimate focus group – they make it past voir dire and onto the jury.

In the Clemens case, the judge did not give the parties permission to talk to the jurors after there was a mistrial. Apparently, the lawyers may not contact the jurors after their service without the court’s permission in criminal cases. News to me – my criminal law experience was mostly watching Michael Kuzak (who disappeared for 25 years but reappeared triumphantly a few weeks ago on Curb Your Enthusiasm). I’m assuming the rationale for the rule has to do with a criminal defendant’s retaliation against jurors, but I really have no idea.

Anyway, apparently, Clemens’ lawyers did not pay heed to this rule (maybe it is not the rule in Texas) and contacted the jurors. The prosecutors, more than eager to throw some “you are unethical” punches back at the defense lawyers, trying to get sanctions, the lawyers’ notes from their conversations with the jurors, etc.

Similar to the Clemens situation, if a juror is excused during a trial, there is a lot of value in talking to that juror and getting an idea of what they were thinking, what evidence they wanted and expected to see, and all of their general impressions. You can’t read too much into what one juror says, but if you are hearing something that makes sense, it can lead a smart lawyer to alter the trial strategy.

After a trial is over and you think it is unlikely, you will retry the case, the practical value diminishes. Lawyers who talk to jurors after trial do so mostly out of curiosity and a desire to connect with people they have been talking to for days but have not heard one word back from. It is a very odd human dynamic that I think both the jurors and lawyers – at least human lawyers – want to square up.