Should you accept the insurance company’s first offer even if you want to settle your personal injury claim?

The answer is clearly no.   So why do so many lawyers and victims do it?

The primary reason attorneys and victims do just that is this fear that the insurance company will get mad and pull the offer off the table.  Presumably, they would say, “How dare you make a counter to our settlement offer.  We will have no further settlement discussions.  You can talk to our lawyers from here.”  This is the doomsday scenario for someone who really does want to settle their case and secretly has no interest in filing suit.

Is this a theoretical possibility?  Sure.  But it is an extremely unlikely thing to happen.   I can only think of two instances in my career where an offer EVER was decreased.  The first was a “Plaintiff posted a video on Facebook scenario” that, while not entirely her gutting claim, made her allegations seem a lot less plausible.   We settled that case for less, which was a fair result.  No one doubted the young woman was badly hurt, but she reached further than she should have in terms of her limitations from her injuries and juries and judges love videos. 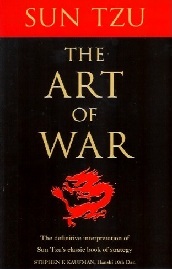 The second was a garden variety foot fracture case where the insurance company offers $75,000.   Take it or leave it, but it will zero.   I couldn’t believe it.  It was the only time an insurance adjuster ever pulled that with me.  It was an off-brand insurance company that I had always enjoyed working with and still do to this day.  But this adjuster had a bullying scheme she was dying to run with, and I guess her superiors gave her some room to run with it.   I have to give the woman credit.  She said what she meant.  We sued and they sent me a letter formally withdrawing the offer.

We had to actually work up the case.  Oh no!   This American tragedy was interrupted when, at a mediation that same insurance company requested, they kicked their offer up to $150,000 and the case settled.  So after pulling their offer off the table,  they doubled it.   Let’s just say the adjuster never read Sun Tzu’s classic, The Art of War.

The door swings both ways on this.  We have had cases where we have demanded — and usually ended up getting — more than the pretrial demand.  But, while I am sympathetic to hypocrisy charges, it is a little different from the plaintiff’s point of view.  We have had cases where the value of the case just dramatically increased during the discovery phase because of things we could not expect.  Injuries get worse, treating doctors come in and explain what the future medical costs might be, and so forth.  But we don’t set deadlines and say, “If you don’t take this offer, don’t make another demand” just out of spite.   We are better than that and so are the insurance companies 99.999% of the time.  [Note: Thinking about it a little more, I remembered some cases where the clients got irrationally mad at the adversarial process and wanted to demand more out of the same spite that I’m saying the insurance companies can, and typically do, avoid.  I’m just adding this in for the sake of completeness.]

I think there is a fear out there of making an “insulting demand” in the case that gets someone so mad they act irrationally.  You know, maybe there are some individual adjusters who are just that insane.  But, individual adjusters rarely live in a world where their bitterness and spite will drive decision making from the insurance company.

They Told You It Was a Final Offer

During one of my self-help book phases of my life, I read a book by Jack Canfield and Mark Victor Hansen called The Aladdin Factor.  I think I bought the book because I liked that song  a lot.  Still do. Anyway, the big premise of the book is that you need to know what you want and you need to ask for it.  You can improve your life through the power of asking.  Blah, blah, blah, right?   But if you want more or, even better, genuinely believe you or your client is entitled to more, ask for it and you have to explain why you think the number should be what you want.

But the Offer Is What I Wanted

I guess that is one way of looking at the world.  Maybe it is a more evolved world view.  But the way I see it, I don’t have the luxury of fighting to get fair value for my clients and I’m not.  I’m trying to get our clients as much money as humanly possible.  This is the nature of the adversarial system we have in this country.   If I’m shooting for fair and the other guy is shooting to pay as little as humanly possible, that is a recipe for failure.  So if that is the way you approach life, good for you.  I’m sure your blood pressure is lower than mine.  But if you are representing serious injury clients, suspend this outlook when you come to work and if you are a victim— probably foolishly – trying to handle your claim, just put Deepak Chopra in the closet for this one case.

A corollary of all of this is that because floors and ceilings get set in negotiations if you know for sure the case will not settle, my advice is to get the first offer from the defendant and just sue.  If you know they will not meet your true reasonable number to resolve the case, you are just giving them a number they will throw back in your face as they move their offer up and you continue to put your feet in concrete.  The whole “let’s just cut to the chase” approach sounds great and refreshing.  It also works. Earlier in my career, I made this mistake in a wrongful death motorcycle accident case and the case took a lot longer to settle than it should have.