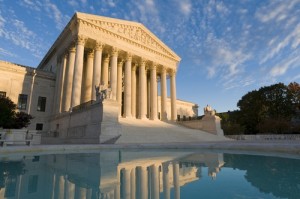 The one-third rule has a real upside: it is easy. Bright-line rules are always that way. But as the Supreme Court told us in Arkansas Dept of Health & Human Serus. v. Ahlborn, pure bright-line justice is not always acceptable and the sum allocable to medical expenses must be determined by some reasonable process before the state can recover on its claim. The 4th Circuit agreed, overturning the North Carolina law because North Carolina statute’s one-third cap on the state’s recovery against a Medicaid recipient’s settlement proceeds did not satisfy Ahlborn because there was no showing that the settlement proceeds should compensate the plaintiff for that amount of the medical claims. The case was remanded to the trial court for an “evidentiary hearing” at which the district court would figure out how much DHHS should get.

I’m not sure how effective that evidentiary hearing will be because how are they really going to understand the allocations of a settlement like that? There are so many variables, so much of it is speculative, it is just one big “who the heck knows?” Then again, it is better than then an arbitrary statute.

The Supreme Court has the case now. The oral arguments are a fantastic read. Because this is a relatively non-partisan issue, it is harder to know how the normally tragically predictable justices will rule (although the justice may end up being split in their usual alignments). If you read the transcript, the court seems to play it straight and really wrestling with what the right thing to do is.

I love how Justice Sonia Sotomayor jumps on the state’s lawyer about 10 seconds into his presentation, hitting him with a Latin expression that – let me be honest – I didn’t know what it meant. I’d bet money she sides with the child. “How can you predict, particularly with a statute not based on any empirical data, that 30 percent is normally the right amount?” she asked. That is the problem here. The law is just not fair. But that does not mean the Supreme Court will not find that it is the lesser of evils. I hope the plaintiff/appellee wins. But it is anyone’s guess.