The Maryland Court of Special Appeals reversed last week a Harford County judge’s dismissal of a claim against the state of Maryland for negligent failure to maintain, repair and reconstruct a bridge where accidents were beyond commonplace. Here, the bridge was the site of a fatal crossover car accident collision that led to the death of a young girl. 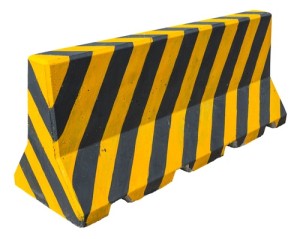 The Plaintiff’s claim is a Hail Mary: you should have erected a Jersey Wall because of the prior head-on and crossover accidents about which the state had notice. It is Hail Mary where, instead of throwing for the end zone, you are just trying to get a first down because the cap limits the claim to $200,000. Still, a lengthy line of Maryland cases have allowed individual suits against local municipalities for failure to properly maintain roads and sidewalks. The question is whether this same logic extends to claims against the State of Maryland.

Boy, this case has some powerful facts. The Director of Engineering for the Maryland Transportation Authority determined, well prior to this fatal crossover accident, that a concrete median barrier was both necessary and feasible. Plaintiff also claims the State of Maryland admitted in discovery that there had been a lengthy, unexplained and dangerous delay in installing that median barrier after the State realized it was a no-brainer to put up a Jersey Wall. Why a no-brainer? There had been 142 accidents on that bridge, according to Plaintiff. This is a “stop in your tracks” statistic.

The State argued that there is an implied exception to the soon-to-be-repealed-with-any-luck Maryland Tort Claim Act that shields the State from liability. Thankfully, the Maryland Court of Special Appeals disagreed.