The perils of handling an accident claim that implicates law outside of the lawyer’s home state was underscored once again in the Maryland Court of Special Appeals opinion this month, in Bryan v. State Farm.

A family – Mom, Dad, and two kids – were injured in a car accident with another vehicle in New York City. Plaintiffs, both the driver and passenger of that vehicle, sued Dad. The trial was bifurcated and tried on liability only in New York. Plaintiffs won. The next day, the parties put the settlement on the record of $15,000 per plaintiff. 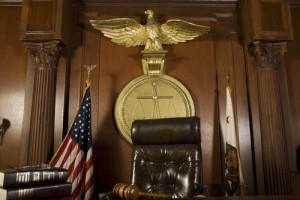 The first thing that strikes me here is that State Farm is relying on the defense of the plaintiffs in New York – or its failure to mount an effective defense – as the basis for its claim. State Farm had other options. Most obviously, it could have settled the case, avoiding the collateral estoppel problem. State Farm also could have attempted to stay the litigation pending the case in Baltimore (induce the underlying plaintiffs to dismiss their claim without prejudice). Something. Anything.

State Farm also could have played it straight with their insured and not raised this defense in the first place, because they knew that the Maryland accident lawyer who brought the claim apparently failed to note that New York’s comparative negligence law – presumably the controlling law in the case – would allow for some negligence by the Dad.

Do I think State Farm threw the New York case or has some obligation to do the plaintiffs’ lawyer’s job for them? Even the Oliver Stone in me doubts it. But if they wanted to do right by their insured, they would have allowed them to have their day in court. Remember, this was a first-party case filed by their own insured. But State Farm’s paradigm is clear: an all-out war on personal injury plaintiffs. (Half of the State Farm adjusters who read that last line think I am dead wrong; the other half are shaking their fist with pride.)

Anyway, the trial court agreed that the driver who lost in New York should be precluded because it has already been established that the driver was at least 1% negligent under which completely bars the driver’s claim under Maryland’s contributory negligence law. But the court wisely reversed the trial court regarding the rest of the driver’s family because the verdict in New York was not mutually exclusive of a finding that the phantom vehicle was a proximate cause of their injuries.

The take-home message for Maryland personal injury attorneys, in this case, is eminently clear: file a notice to rely upon foreign law when you file your case (assuming it helps as it clearly would have here.)

You can read the opinion in Bryan v. State Farm here. Semmes, Bowen, and Semmes writes a solid post on this case on their website that focuses on the nuances of the issue preclusion ruling in this case.