In Maryland, if an uninsured motorist insurer waives subrogation against the at-fault driver in an underinsured motorist case, it also waives its liability defenses. Depending upon who you ask, this has either always been the law in Maryland (as Maryland high court tells us in Maurer v. Penn National) or is a recent law (as every Maryland accident lawyer or insurance company seems to think). 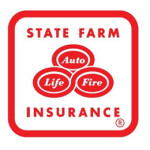 State Farm has responded to this recent law by refusing to waive subrogation in just about every case where the at-fault driver tenders the policy limits. It is a fair tactic. But what State Farm is doing is cutting side deals with the at-fault driver’s insurance company to waive subrogation to the extent of the UM coverage which allows the defendants to work together in preparing for and trying accident claims.

Two take-home messages. First, add in a discovery question to uncover these side deals so you know the score in advance. Second, make sure you argue at trial that the defendants’ interests are aligned and they should not both get jury strikes.

The latter issue is an enormous deal. Giving both insurance companies strikes – particularly if they are working together – will give you a very different jury.

What Exactly Is Subrogation?

Subrogation is a mechanism for insurers to recover the costs of reimbursing injured insured parties.  After making payment on a claim, the insurer steps into the shoes of the insured and gains the rights its insured may have had against a third party. That is right, the insurance company takes your premiums with hesitation, but it needs the right to get them after it pays you back.  We should all start insurance companies.