This post will serve as our insider’s guide for what to expect when dealing with State Farm Insurance on auto accident claims in Maryland. We will also offer some tips and strategies for how to effectively work with State Farm and its adjusters on your Maryland auto tort claims. Our Maryland accident lawyers have handled thousands of State Farm claims over the years and we know exactly what can expect with going up against them.

State Farm is the biggest auto insurance company in the U.S., although in Maryland State Farm ranks second behind GEICO in terms of the number of insured drivers. State Farm was originally founded in the 1920s as a mutual auto insurer for farmers, but it has expanded into all lines of insurance. 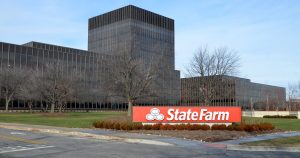 Unlike other insurance companies such as Progressive or GEICO, State Farm continues to operate under a traditional insurance company model using captive agents. This means that State Farm insurance products are only available through agents rather than directly from the company. Agents have no involvement or influence over the claims resolution process.

In Maryland, State Farm has the second-largest share of the personal auto insurance market. Only GEICO insures more drivers in Maryland and the gap between the two is very close. This means that anytime you have an auto accident claim in Maryland, you have about a 50/50 chance that State Farm will be involved as the insurer for one of the drivers.

Our auto accident lawyers have gone up against State Farm in literally thousands of cases and we have developed an excellent record of success over the years in our State Farm claims.  In many ways, State Farm can be one of the most difficult insurers to deal with if you have an auto tort claim involving personal injuries. Our primary complaints against State Farm when it comes to Maryland accident claims are detailed below.

The first settlement offer you get from an insurance company is almost always going to be a lowball offer that is significantly less than what your claim is really worth. This is true for all insurers and State Farm is certainly no exception. The first settlement offer you get from a State Farm adjuster will be anywhere from 20-40% below the fair value of your claim. Just how low the initial offer often depends on who your claims adjuster is.

State Farm is actually not the worst offender when it comes to lowball initial settlement offers on Maryland auto claims. That distinction belongs to Progressive. First offer lowballing is not religious doctrine at State Farm like it is for some insurance companies. Adjusters at State Farm will occasionally make fairly reasonable first offers.

The most frustrating aspect of dealing with State Farm on auto accident claims is that you almost have to file suit against their insured driver before you can expect to get a fair settlement offer. All insurers will increase their offers in response to litigation, but State Farm generally does this in the most dramatic fashion.

As soon as you file a lawsuit against State Farm’s insured driver someone else will be appointed to handle the claim and within days they will often double the amount of their settlement offer. This can be extremely frustrating because it often forces claimants and their attorneys to waste time and effort.  Moreover, once the lawsuit is pending you can usually expect State Farm to increase its settlement offer as the trial date approaches. 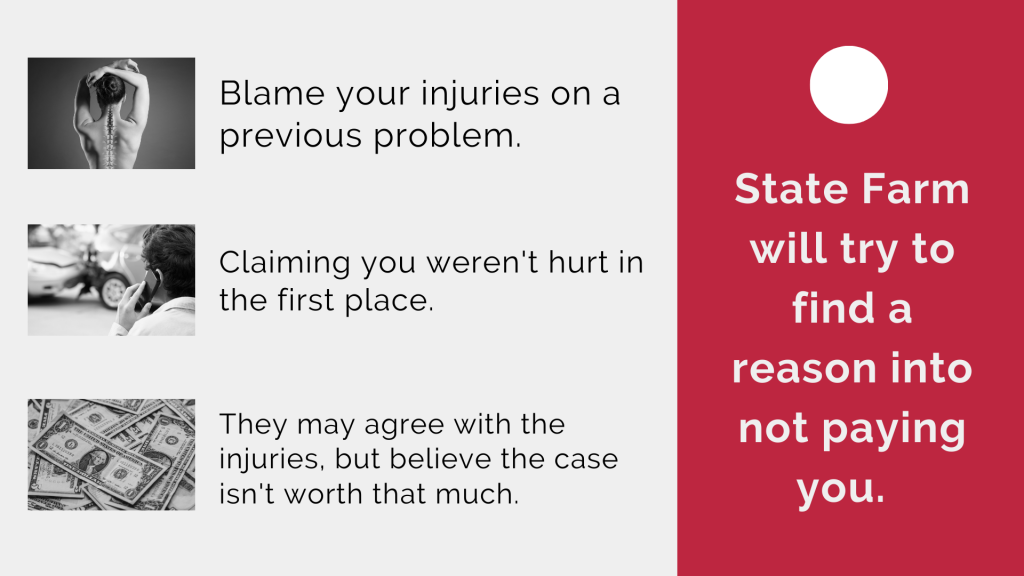 The reason for this dramatic shift has to do with the way State Farm handles claims that are in litigation. When you file a lawsuit in a Maryland claim, State Farm transfers responsibility for the claim to a different adjuster. The case also gets assigned to an in-house State Farm attorney who begins to have some level of influence that grows as the case gets closer to trial. The litigation claims adjusters and in-house attorneys for State Farm are typically much more reasonable and willing to settle claims compared to the initial claims adjuster.

In Maryland, State Farm takes a higher percentage of their auto tort cases to trial than any other insurance carrier. Some insurance companies will do anything to avoid going to trial on an accident claim and they will often make a desperate push to settle before the scheduled trial date.

State Farm’s litigation claim litigation teams in Maryland, however, have consistently demonstrated that they are more than willing to call bluffs. If you hold out for a better offer, don’t expect State Farm to panic the week before the trial and start throwing more money at you. They will be ready and willing to go to trial instead and they may even dig in their heels if you wait too long.

Many insurance companies are more than willing to be reasonable on smaller value claims. They will often make a relatively fair offer just to resolve a small value claim and be done with it. At State Farm, however, crushing small value claims seems to be a strategic policy.

State Farm adjusters will take a very hard-line approach on smaller claims. This typically involves making extremely low offers and then daring you to get a lawyer and take the case to trial if you’re not willing to accept it. Small value injury claims generally get assigned to a “Team” of State Farm adjusters rather than a single individual. The adjuster Teams at State Farm have the lowest authority and their entire goal is to hammer small claims and keep costs down.

State Farm claims adjusters utilize a computer software program to automatically calculate the value of a claim. The program State Farm uses is called TEACH (Total Evaluation and Claims Handling). The claims adjuster enters information about the claim into the TEACH software such as the type of injury, medical treatment, medical bills, etc.

The TEACH software processes this information and then calculates a value based on preset parameters. The calculation parameters built into the software discount almost every expense item in the claim. For example, the software has preset estimates for how much medical treatment is required for certain injuries and it automatically discounts any expenses for treatment beyond that.

The TEACH software is set up to significantly undervalue claims and it is often the driving force behind the lowball initial settlement offers you get from State Farm adjusters. The software also makes it almost impossible to get compensation for certain things like future lost wages or future medical expenses. If the expense or loss has not occurred, TEACH will not include it in the value calculation.

Who Are State Farm’s Lawyers in Maryland?

Most State Farm lawsuits in Maryland are defended by two law firms: The Law Offices of Timothy S. Smith & Associates in Greenbelt and H. Barritt Peterson, Jr. & Associates in Towson. Though their names suggest that they are private counsel, all of the lawyers in these firms State Farm employees. These are good, reasonable lawyers, but they will fight plaintiffs’ lawsuits vigorously to defend the company’s interests. State Farm sends larger cases that may exceed the insurance policy limits to private lawyers who are not company employees.

Should I expect a low initial settlement offer from State Farm?

State Farm is always going to make a low initial settlement offer on your Maryland injury claim. You can expect their first offer to be around 20-40% below the fair value of your claim.

How long does State Farm take to resolve Maryland claims?

State Farm is fairly fast compared to other insurance companies when it comes to processing Maryland accident claims. An initial offer usually takes about 40-50 days.

Does State Farm take many cases to trial in Maryland?

Yes. State Farm takes a higher percentage of auto cases to trial in Maryland than any other insurance company.