The Baltimore Sun has an interesting article on the race among lawyers to attract St. Joseph stent lawsuits, that includes some quotes from me (link since deleted).

If you have been living under a rock, here is what happened.  In April 2009, a patient/St. Joe employee said that he and other patients that he had received unneeded stents.   St. Joe took the allegations seriously and had the doctors at the University of Maryland look at 1,878 cases from January 2007 to May 2009.  They found that 585 patients got stents that the medical evidence did not warrant. 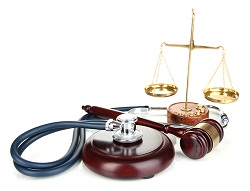 What is Going On?

Ultimately, there are a lot of cardiologists out there that know they can make a fortune putting in stents in massive numbers.  I’m sure the for-profit hospitals will be the worst but it won’t be limited just to them because the doctors themselves have skin in the game and the politics make it hard to rein these guys — they are usually guys — in, particularly in an environment where everyone is happy with how much money the hospital is making, for-profit or not.  So you know it is not necessarily the hospital that is openly conspiring with the cardiologists.  If that happens, it is rare, I’m sure.

This is not just some isolated thing that happened in Maryland.  We are just the first.  You can expect these lawsuits to continue to grow across the country.

So, in massive numbers, you can expect lawyers to go through medical records trying to make out a mini-class action of patients that have gotten unnecessary stents.  This is happening right now in Kentucky and Florida and I’m sure it is just the tip of the iceberg.

Plaintiffs will get more money than the injuries in these cases will warrant.

Why?  First, the hospitals will overpay.  The publicity in these cases is brutal and the hospitals want the cases to go away.  But the bigger problem is the damages.  Getting a stent you don’t need is not an awful thing in most cases unless something goes wrong.   Most of these patients had some troubled waters ahead potentially, just not troubled enough to warrant getting a stent procedure. Stent placement is recommended usually with patients who have a 70% blockage.  But if you have a 50% blockage, and if all goes well, aren’t you secretly glad you got it done?   There are many arguments to the contrary. But I think you are.  So, if it works, the patient may take blood thinners and have some other inconveniences but it is not the level of damages that would ever be justified in a single medical malpractice case.