Last Friday, a federal judge in Washington D.C. issued an opinion on whether to impose discovery sanctions on Marriott that I think is an instruction for personal injury lawyers dealing with defendants that destroy evidence.

In Mahaffey v. Marriott, plaintiff’s lawsuit alleged that while exiting an elevator in a motorized scooter, the elevator violently lurched, throwing him off the scooter, causing the scooter to land on top of him, resulting in serious injury. (No, I can’t picture it either.) 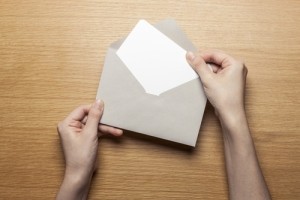 I’m assuming the injuries are serious. He appears to have hired a Florida lawyer who retained local counsel here. Usually, people are not going through that effort unless they have an actual case, although some of the facts I’m about to get to will make you question just how badly the plaintiff was injured.

So the plaintiff’s attorney puts Marriott on notice of the claim. The letter was sent by certified mail. Lawyer gets back a green card, the whole nine yards. (Spoiler alert: The court says, incredibly to me, that “Marriott maintains that it has no evidence that it received the demand letter leaving open the possibility that it received an empty envelope.” Wow. The court backs off this later in the opinion. But a judge saying that I might have sent an empty envelope by certified mail is the very reason I live a paranoid life. And it lets you know the plaintiff will lose) The letter sets forth the name of the plaintiff and the date of the accident. It did not – and I can’t tell you why – tell Marriott the name of the hotel involved in the accident.

Still, Marriott arguably knew the score well enough to set off a “keep the evidence” alarm. Plaintiff says that a bellhop was at the scene and saw the injuries. Plaintiff told the front desk about the injuries immediately after the accident and a security guard came up. The story gets a little weird from here. Plaintiff also claimed that he called the front desk several more times over the next couple of days to get medical assistance. I thought this was a serious injury case. When I’m seriously injured to where I will make a federal case out of it, I’m not calling the front desk for medical assistance. Who does that?

Let’s get to the spoliation. Before Marriott was hit with discovery, a broken sprinkler head flooded a room where Marriott kept a video of the accident. Spoliation motion follows.

Marriott has some strong points on this. First, no one knows exactly whether any documents relevant to this action were destroyed. That is an enormous deal that passes by. Why don’t we know? Was there enough discovery done on the destruction? There is no evidence that Marriott’s negligence caused the destruction. If some arsonist came in and started a fire, you could not pin that on Marriott and plaintiff’s lawyers seem to have no evidence about what happened. Either they didn’t ask or Marriott would not give them a straight answer.

One other important point. This was unlikely to be the magic elixir for the plaintiff’s case, the video that shows it all. The video did not even capture the accident. The only purpose was to help the plaintiff find witnesses.

I think the court should have discussed more the alleged contacts with Marriott that made clear the plaintiff was injured. I think that should have put them on notice of the problem. I’m not sure how that issue would flush out. What did the bellhop see? Ignoring that, as the court did, I agree with the opinion.

You can find the court’s opinion in Mahaffey v. Marriott here.