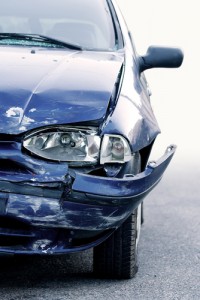 So the case went to trial on the following facts:

What could go wrong?  All that is missing is a preexisting injury to make for the perfect storm.

Why These Facts Make for an Impossible Climb

This case apparently went to trial under the premise that this 21-year-old was a competitive swimmer who can no longer compete because of the injuries from this accident.   That might get you a foot in the door, but not on these facts. First, the young man was a college student in Pennsylvania.  His story is that he and his mother were driving to Johns Hopkins for an interview with the swim team.

First, if swimming is a big priority in your life, and you get into an accident that keeps you from swimming at the level you were before the crash, shouldn’t you be seeing a medical doctor and shouldn’t that doctor come to trial to testify as to the relationship between the accident and his ability to swim?   Does anyone in this situation bypass a medical doctor and ring up nearly $10,000 in chiropractic bills?

While it might have been better explained at trial than in this jury report, it does not make a lot of factual sense either,   If he is a college student in Pennsylvania and he is 21 years old, why is he traveling to Hopkins to meet with their swim team.

The other facts I listed above are killer.  Chiropractors can do some great work.  But if that is all in the way of medical testimony at trial in a case where the plaintiff is claiming a permanent injury, then I think you have lost before you started.  It is also hard to defend $9,260 in chiropractor bills.

Of course, there is also the suing the mom aspect of the whole case.  Sometimes, it can work to your advantage because it is almost a tell to the jury that the mother must have auto insurance, and, for some reasons that the jurors can’t figure out, this fact is being kept from them by the lawyers and the judge.  But that advantage disappears in a small case like this and the focus shifts to how weird the whole thing is.

So what happened?  The plaintiff has to win the case.  He is a passenger.  The jury spent 45 minutes — probably 20 of which was spent picking a foreman — to find his mother negligent and the State Farm driver not responsible.  The jury’s award was a paltry $2,885, probably less than the out-of-pocket costs to bring the case to trial.

State Farm had named Robert Riederman, a Baltimore orthopedist and frequent flyer insurance defense expert, as a witness to testify at trial.  But, smartly, they knew calling him to testify could be the path to snatch defeat from the jaws of victory.

What Is the Take-Home Message?

The take-home message to me is that if you take a soft tissue injury case in front of a fairly conservative jury, yowillto get a bad result 95% of the time unless you have some compelling facts to move the jurors to provide real compensation.   If you know on your best day that you cannot do this, you are probably better off keeping your case in District Court.

The other lesson here is that statistics that show that the median or average verdict in an auto tort case in Maryland is very low and is extremely misleading.   Cases like this junk up the pool of cases that go to trial, sending those averages far south of what they would be if counsel made better choices in which cases they take to trial.  That said, even wise counsel ends up taking dogs like this case to trial now and again.  Why?  Because if a lawyer is doing the job in the right way, the clients are the ones driving the train and making decisions, as opposed to their counsel shoving their decisions down their throats.  If a client makes an ill-advised choice to try a case, you have to either refer the case to someone else or see the case though.