Last week, I wrote about a stunt that a defense lawyer pulled with a defense medical exam in a car accident case. This week’s sneaky defense lawyer trick involves a creative effort to depose plaintiffs’ medical expert twice in a wrongful death medical malpractice case. 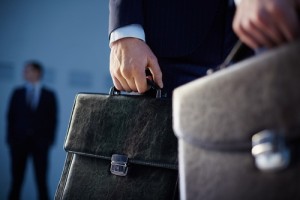 inalienable right to depose our expert before any fact witness, and then to get a second crack at the expert down the road after he reviewed the fact witness’ deposition. So defense counsel filed “Defendant’s Motion to Compel the Deposition of Dr. [Expert’s Name] and Request Protective Order for the Deposition of [Fact Witness Nurse] and Rule 2-432 Certificate.” Can we agree this motion should be denied on the goofy title alone?

The motion begins with the perfunctory arguing of the merits of the case and the requisite taking the facts out of context. What this has to do with the merits of the motion is anyone’s guess. The motion then advances to the ridiculous argument that the defense lawyer can conduct discovery based on the Certificate of Merit. I give them credit for boldness: they come out and admit they want a second deposition of the expert if he intends to testify at trial.

Here comes the tricky part. To support their argument, defense counsel attached orders from Baltimore County Judge John F. Fader, and Prince George’s County Judges Thomas Smith and Leo E. Green, that purportedly issue similar orders in other malpractice cases to the one that defendant seeks here. I say “purportedly” because who knows what the facts of those cases are? That is why precedent is not made from reading orders, but reading the entire opinion so we can understand why the court ruled as they did and what facts were germane to the ruling.

But there is an even bigger problem with this practice than the lack of context provided. These defense lawyers defend a lot of medical malpractice lawsuits. They pull this stunt all the time. Yet they only have three orders? In our case, we filed a response, and the court denied Baltimore Washington Medical Center’s motion. So what are they going to do next time they file this motion? Will there be a “but cf” with the orders denying their motion? Are they going to tell the court their won-loss record in these motions? I’m guessing no.

This clever artifice will work in a lot of malpractice cases because there is something compelling about seeing these orders granted by other trial judges, particularly if it is the first time the trial judge has confronted the issues. If you are not sure what way to go, wouldn’t you defer – even subconsciously – to the choice made by other judges, particularly if you respected the judges who issued the orders? I think a lot of judges would. Thankfully, the trial judge in our case saw this for exactly what it is.