Last week, I summarized a recent bench trial in a birth injury case.  I find these bench trial decisions to be useful and informative. They provide a unique perspective on what facts and testimony really matter in a birth injury case. In a jury trial, you just get a verdict. You do not get any meaningful explanation of what mattered and why. Appellate opinions focus on the law and not so much on the resolution of factual issues. These bench trial decisions are like detailed case studies that allow us to see how the facts were presented by each side, how the expert testimony was weighed, and exactly how the fact-finder reached their decision.

So I looked for another birth injury case with the judge as to the decider of fact. I found Coleman v. United States, 200 F. Supp. 3d 1350 (M.D. Ga. 2016), another Memorandum Decision from a birth injury bench trial in federal court.

The plaintiffs filed suit on behalf of themselves and their injured child, J.D. The healthcare providers involved in this birth injury case were employees of a federally funded health clinic in Albany Georgia. The federal government assumes liability for malpractice claims against federally funded clinics, so the United States was the named defendant. 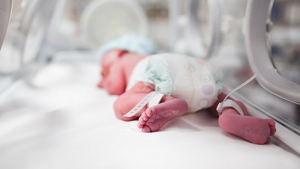 Plaintiff became pregnant with her 4th child and went to Mirian Worthy Women’s Health Center (the “Women’s Center”) for prenatal care. Two of her three prior vaginal deliveries were complicated by shoulder dystocia, a condition in which the baby’s shoulders become wedged against the mother’s pelvis preventing passage through the birth canal. Coleman was never actually told about the shoulder dystocia in her prior pregnancies.  Does this make a ton of sense?  No.  But let’s move on.

Coleman’s history of shoulder dystocia deliveries was reflected in her medical records for the prior pregnancies. But neither the OB/GYN or anyone else at the Women’s Center ever bothered to review that medical history. As a result, Coleman’s doctor and midwife were never aware of the fact that shoulder dystocia with her prior deliveries. A C-section was never discussed or considered.

At 41 weeks Coleman was admitted to the hospital and labor was induced with Cervidil and Pitocin. Just a short time into labor, the fetal monitoring strips indicated that the baby’s heart rate was low and the doctor employed a vacuum extractor to assist in delivery. With the assistance of the vacuum the doctor could deliver J.D.’s head, but not her body. At that point, the doctor recognized that shoulder dystocia was an issue.

In response to the shoulder dystocia, the doctor employed the traditional McRoberts Maneuver while the midwife applied suprapubic pressure. It took at least 3 strong pulls on J.D.’s head before she was finally delivered. Following delivery, J.D. could not move her left arm and her discharge from the hospital noted “term infant with brachial plexus injury.” Just three months after her birth, an MRI confirmed that J.D. had suffered a serious injury to her brachial plexus nerves.

Efforts to treat J.D.’s injury and arm paralysis with physical therapy were unsuccessful and surgery was recommended. At just 5 months-old J.D. underwent 13-hour neuroplasty surgery on her brachial plexus nerves. J.D. underwent a second surgery 18 months later, followed by a third surgery a year later. After her third surgery, doctors concluded that J.D. had reached “maximum medical improvement” and further surgery would not be beneficial. J.D. has a significant disability with a limited range of motion in her injured left arm.

The judge found that the doctor and midwife from the Women’s Center had a duty of care to (1) review and evaluate Coleman’s medical history for her prior pregnancies; (2) consider the appropriate approach given Coleman’s significant history of shoulder dystocia in 2 prior deliveries; and (3) to use appropriate care and skill in response to shoulder dystocia during delivery.

In articulating the applicable standard of care, the judge made reference in his Memorandum Decision to two points of evidence presented at trial. First, the judge noted that Coleman’s medical records from her prior pregnancies were readily available. The judge also noted that the plaintiff’s obstetric experts testified that a review of a patient’s obstetric history is a fundamental part of prenatal care. The defense experts offered nothing to refute this seemingly obvious point. 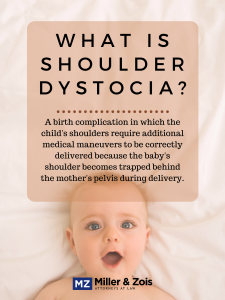 In his Memorandum Decision, the judge found that the doctor, midwife, and staff at the Women’s Center repeatedly clearly and repeatedly breached the applicable standard of care. The initial and most significant instance of medical negligence was the total failure of the doctor or midwife to review Coleman’s medical history. Coleman’s prior pregnancies were all under the care of the Women’s Center, so all the relevant medical records were available in their own system. The judge stated that it was “remarkable” that none of the medical professionals at the Women’s Center ever bother to even look at Coleman’s obstetric history.

This failure to review the history of Coleman’s prior pregnancies was a critical failure in this case. By failing to review the records, the doctor and midwife remained unaware that Coleman was at high risk for shoulder dystocia. As a result, they missed opportunities to take preventative measures. The plaintiff presented convincing expert testimony that if the medical records had been reviewed, Coleman’s doctor would have strongly recommended a C-section which would have prevented J.D.’s injury.

What Is the McRoberts Maneuver?

The McRoberts maneuver is an obstetrical maneuver to manage shoulder dystocia.  The OB will take the mother’s leg and flex them back towards her stomach and then abduct it away from her stomach.   The hope is to shrink the angle between the spinal column and the sacrum to make it easier for the child’s shoulder to clear the birth canal.   Most doctors report that the McRoberts maneuver typically solves a shoulder dystocia complication.  Other methods are suprapubic pressure, the Woods screw maneuver, and delivery of the posterior arm.

The judge awarded J.D. total damages of $5,747,251 and awarded her parents another $389,985 in damages. The damages awarded to J.D. were broken down into the following categories:

Like most shoulder dystocia cases, this case involved a mixture of failing to predict and avoid shoulder dystocia and then failing to respond with appropriate skill and care. In my opinion, however, what really doomed the defense was not reviewing the medical records. Reviewing a patient’s prior medical history is such a basic part of medical care.  Practically, it is a very easy thing for a judge or jury to get their mind around.

What made the failure so outrageous in this case is that the Women’s Center had the mother’s records in their own system. They didn’t have to go out and request them from another provider. All the midwives had to do was simply open the mother’s patient history file in their system and spend 20 minutes reading the notes.