The Lawyers Logbook has an article on truck accident claims by John F. Romano that I really liked. I read a lot of articles by lawyers on handling personal injury cases. Honestly, you have to kiss a lot of frogs to find something interesting or useful. Usually, what you get is a lot of trite advice providing information that you already knew. (If this blog is doing that, tell me and I’ll stop writing immediately.)

John’s article has an “I can feel you have been in the trenches” vibe with really insightful commentary. His favorite from the article was his theory that you have to be on guard of what he calls “the man behind the curtain” strategy. 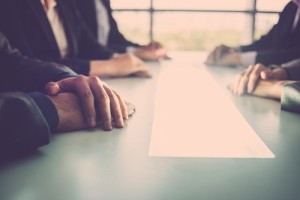 If you have handled large cases, you know exactly what it is. “Hey, Ron, what are we doing here? Let’s get this case settled. Give me a real demand and let’s get this thing behind us.”

John’s angle on this is that it causes you to drop your guard and assume the case will settle early. I don’t think many good personal injury lawyers drop their guard in this situation and, if they do, they have the make-up speed to get the case back on track. The best plaintiffs’ advocates load before firing – your case should be ready to go when you file the lawsuit, anyway. So, maybe you take a few late drops but it all should work out the way it would have before the bait and switch.

But I think some of the best personal injury lawyers get tripped up by this tactic differently. The lawyer goes back to the client and says, “If we could get X, that would be a great value for this case. Would you be willing to accept X? The client agrees to X. So the lawyer demands X + 50%. The defendant does nothing with the offer and the case proceeds. The lawyer realizes the whole thing was a ruse and gets back to the business of getting the case ready for trial.

Then the defense lawyer comes back to you asking or even pleading for a mediation. The client – whose hopes were raised and dashed before – would prefer to settle. At the mediation, their opening offer is $50,000. Your already stated ceiling is X + 50% which is already a compromise from the full value of the case. So you are already misaligned from the mediator’s “let’s work to something resembling a midpoint compromise” strategy.

All of this has happened to me. More than once. No lawyer handling serious injury cases has not fallen for this if for no other reason than the client wants to resolve the case and wants to make the “realistic” demand despite the lawyer’s reservations. How do you get out of this mess? It is never pretty. But if you have the client’s support, hit the reset button. This means holding your ground against the “you are unreasonable onslaught” from the adjuster and typically ends with the lawyer grabbing the client and walking out of the mediation.

I say it is not pretty because you often end up burning a bridge with the other side and the mediator when doing this. The bridge with the other side can be rebuilt because – at least usually – economic realities trump bitterness. As for the mediator, if he/she is the “burn bridges because you didn’t listen to me” type, you are better off with another mediator next time, anyway.