Our lawyers handle nursing home sepsis lawsuits where a death occurs because the patient was not properly diagnosed and treated. This page talks about sepsis and the settlement value of sepsis wrongful death nursing home lawsuits.

Sepsis is an extremely dangerous and often fatal medical condition in which an infection becomes so advanced that it invades the bloodstream and the body’s immune system begins to damage its own organs. Sepsis is essentially the result of a person’s immune defense system being overrun. Well over a million cases of sepsis are reported in the U.S. each year and 250,000 people die from it on annual basis.

Nursing home sepsis statistics are very daunting for a topic few people focus on until they have a parent or spouse dealing with sepsis:

What Are the Stages of Sepsis?

Sepsis develops in 3 distinct phases: (1) sepsis, (2) severe sepsis, and (3) septic shock. Sepsis is something that often occurs in serious cases of medical malpractice or nursing home neglect. In this post, we will explain and describe the 3 phases of sepsis infections. 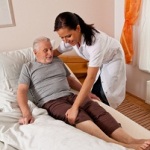 The first stage of sepsis appears when patients with an infection develop a specific set of signs and symptoms that indicate that the infection has progressed into sepsis. The preliminary symptoms for any sepsis diagnosis include:

If two or more of these initial signs and symptoms are present, a diagnosis of stage one sepsis can be made if any combination of the following additional diagnostic criteria is present:

The second stage of sepsis is known as severe sepsis. Severe sepsis occurs when there are clear signs of organ dysfunction and tissue hypoperfusion. The following diagnostic indicators are used to identify when sepsis has progressed into severe sepsis (stage 2):

This combination of symptoms will only be used to reach a diagnosis of severe sepsis when they are clearly the result of stage I sepsis (not related to a pre-existing condition). The symptoms should also be seen to continue even after fluid replacement.

The third and final stage of sepsis is called septic shock. Septic shock occurs when multiple vital organs in the body begin shutting down entirely. The diagnostic symptoms of septic shock are the same as those listed above for severe sepsis, except that septic shock is usually characterized by a very sudden and dramatic drop in blood pressure and a spike in lactic acid levels in the blood. Septic shock symptoms: 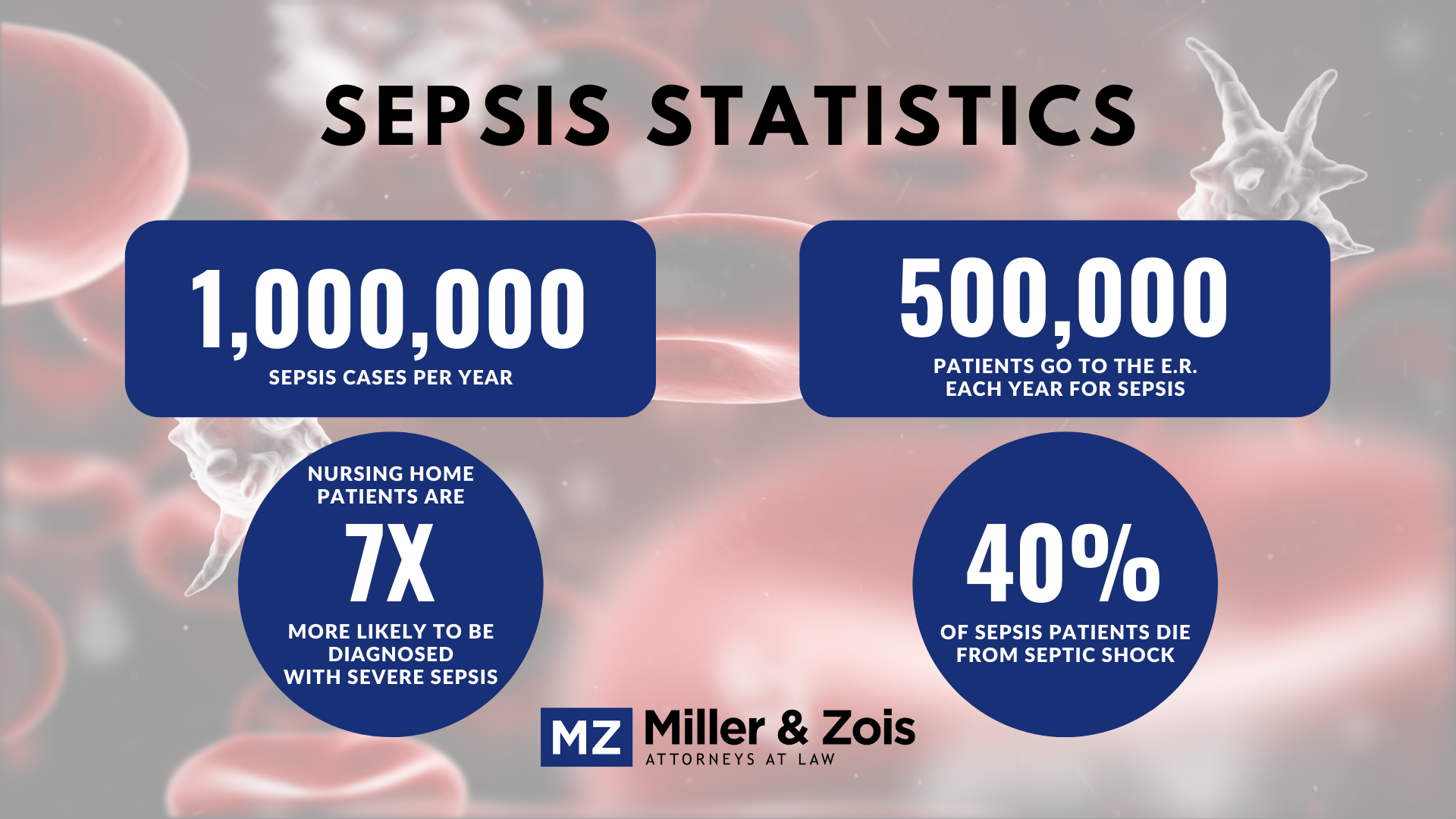 Elderly people are particularly vulnerable to sepsis because the human immune defense system weakens as we get older. Older people are also much more likely to have chronic medical issues like diabetes, cancer, kidney disease, and other issues that can further weaken and undermine the immune system.

Sepsis in elderly patients most commonly originates from either a respiratory infection such as pneumonia or a urinary tract infection, both of which are very common in older people. Bedsores (also known as pressure sores) are also a common source of infections that can lead to sepsis in elderly patients. Nursing home neglect is a common cause of bedsores and when not properly treated they can lead to infections and sepsis.

Can Bedsores Lead to a Sepsis Infection?

A properly treated bedsore should not cause a sepsis infection.  The problem is that nursing homes often do not identify and do the little things necessary to treat a bedsore.  This turns a small problem into one that can be fatal.

Can Sepsis Be Effectively Treated by a Nursing Home?

As long as sepsis is diagnosed early only in its progression, it can be effectively treated with antibiotics and fluid replacement. If the condition is not promptly diagnosed, however, it can become too advanced for treatment to work.

How Long Does It Take to Die from Sepsis?

Severe sepsis can potentially cause organ failure and death within just a few days without any treatment. Even if sepsis does not cause death within the first few weeks, it can have lingering effects and indirectly contribute to death months and even years after the initial infection.  Approximately 40% of patients who survive the first month of sepsis will die within the next 2 years.

Can Nursing Home Neglect Cause Sepsis?

Yes. When immobile residents at nursing homes are not regularly moved and repositioned by staff, they can develop bedsores. If left untreated (through negligent care), bedsores can progress into an infection and quickly lead to sepsis.