Yesterday, I was lamenting the lack of interesting Maryland appellate opinions to write about on this blog. But, I let one slip by last month: the Court of Special Appeals’ opinion in Schneider v. Little.

This is a medical malpractice case that was initially tried in Harford County in 2010 and resulted in a verdict of over three-and-a-half million dollars ($3,557,398.00). That’s a large verdict anywhere, and an excellent verdict in this relatively conservative county.

The plaintiff’s injuries warranted the verdict—during the surgery she lost the equivalent of her entire body’s blood volume, and after the surgery, she suffered a major injury to her spinal cord. In fact, she was permanently paralyzed from the waist down, with little ability to control her bladder or bowel.

But the question before the court was not whether that was too much money; it was whether the trial judge made the right decisions regarding two key pieces of evidence. The defense argued that the judge was wrong to exclude proof of a 2007 CAT scan, and wrong to allow evidence that the defendant doctor was not board-certified (there was another ruling about whether an anesthesiologist could testify on causation [he could], but that’s not nearly as interesting as these two issues).

A brief word on the underlying facts of the case, because they are important to understanding the issues that the court wrestled in their decision. Plaintiff was 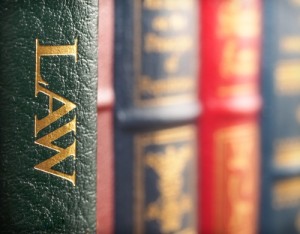 No doubt this is serious surgery. Plaintiff argued that the operation was botched because the doctor missed a softball: the graft was the wrong size for her aorta. This mismatch, the plaintiff argued, was a 16 by 9 mm graft being sewn to a 7 to 8 mm aorta. The following evidence applied to the plaintiff’s claim of a mismatch:

The defendant argued that there was no mismatch—the plaintiff had a larger aorta (14 to 15 mm), and the dictated note merely contained an error. To support the defendant’s argument:

The size of the aorta was the most important issue in the case. If the plaintiff was right, and she had a small aorta—she wins. If the defendant was right, and her aorta was full size, he wins.

The Court of Special Appeals ruled that the trial judge got it wrong and that the 2007 CAT scan was admissible. The plaintiff wanted to exclude it for obvious reasons and argued that the scan was not produced in discovery. The scan itself was not from defendant Schneider; rather, it was from another defendant, Upper Chesapeake Medical Center. Defendant Schneider argued that he received the scan from UCMC; the plaintiff conceded that to be true, but claimed that she did not get that scan. The cover letter enclosing discovery from UCMC did not specifically mention the 2007 CAT scan. If UCMC failed to provide the plaintiff with the scan, it was a violation by UCMC, not the doctor. None of the expert witnesses or doctors mentioned the scan during depositions.

Arguably, the plaintiff should have first realized that there was a 2007 CAT scan, at least, two weeks before trial. It was produced by one of the other defendants (the opinion isn’t clear, but it looks like the plaintiff had a copy of the 2007 CAT scan report, which should have put them on notice that a CAT scan existed long ago; Plaintiff’s experts should have asked for it, considering that aorta size was such a big issue). Plaintiff next heard about the CAT scan during opening statements, when the doctor mentioned that it conclusively showed the size of the aorta. Despite that opening revelation, the plaintiff did not show the CAT scan to her experts. Instead, her experts testified and went home.

After deciding that the trial court was wrong to classify the CAT scan disclosure/lack of disclosure as a discovery violation (largely because the doctor had no way to know whether the other defendant sent the same materials to the plaintiff), the Court of Special Appeals clarified the correct way to determine if evidence could be excluded based on a discovery violation, assuming that one even existed.

Here, the Court of Special Appeals ruled that, even if there had been a discovery violation (there wasn’t, according to the Court), then the judge should have applied these factors to determine whether the CAT scan was admissible.

The Board Certification Issue

During the trial, the doctor testified extensively about his credentials—he helped to bring Upper Chesapeake Medical Center to Bel Air; he was on the Board of Directors of that institution; he taught medical students at Johns Hopkins; he was an author, and he was involved in many professional organizations.

The plaintiff hammered home on the board certification issue, noting that every expert was board certified in vascular surgery except the defendant, and even the defendant’s expert said that board certification was a big deal. The Harford County trial judge allowed the evidence in, citing the common-sense notion that “if you are going to puff up, they get to puff down.”
The Court of Special Appeals disagreed and ruled that board certification was inadmissible because it was not relevant to whether the doctor did what he was supposed to do during surgery. The Court’s logic also makes sense—this was not a case of “opening the door” to evidence about board certification. Were that the case, any mention of the doctor’s good qualities would be subject to mention about any of his bad qualities. That just can’t be the rule—we don’t need evidence that a defendant is mean to his office staff or a bad tipper. Some might argue that the board certification is irrelevant because the standard of care is the same whether a doctor is board certified or not. Others would point out it is essential to the jury’s understanding for credibility—the defendant doctor might believe he did the right thing — but he lacks the training that some experts had, so he could not understand what he did wrong. I think it should all come into evidence for the jury to decide for themselves what matters, but reasonable minds can differ.

One of the take-home lessons is trite but true: it is unwise to rely on other parties. Schneider believed that Upper Chesapeake sent the same CD containing the 2007 CAT scan to all parties. Plaintiff believed that it never got on the CD. If true, it was a discovery violation, but not Schneider’s fault. You never know what a judge will do with that—the safe course is, before the end of all discovery, send all the other parties the total of all evidence and discovery you have received. In most cases, it will all fit on one or two CDs, or easily on a small $4.00 flash drive. It’s better than having to argue that something was never properly served.

So now, the parties will go back and have a new trial, unless either side asks the Court of Appeals to review the Court of Special Appeals’ decision, or unless they settle it. A settlement seems unlikely—the defense is banking on that 2007 CAT scan, which could go a long way to convince a jury that there was no mistake during the surgery.

You can find the opinion, the first malpractice opinion I have seen from the new Maryland Court of Special Appeals Judge Stuart R. Berger, here.