Here is an example of a demand package to settle a car accident case. You can get my thought on how to write a demand letter here and here (which also has samples in other types of personal injury and wrongful death claims.

As you know, this office represents March Jackson in connection with injuries sustained because of a car accident with your insured.

This case arises out of a five-car chain-reaction accident that occurred on the 495 Washington Beltway on April 19, 2020. You have conceded liability. The Plaintiff, Marcy Jackson, was working at the time of the accident.  This is a third-party liability case against the adverse driver. Ms. Jackson’s past medical expenses to date are over $77,000.00, her future medical expenses are estimated at a minimum of $15,000.00, and her past lost wages are in excess of $146,000.00. 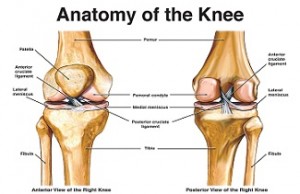 Allstate insured the underlying tortfeasor and carried a single-limit automobile liability policy in the amount of $1,000,000. (See Plaintiff’s Exhibit “A,” the Declaration Sheet.) Because this was a five-car accident, other claims have been paid out under the policy. To date, the $500,000 single limit has been reduced to $891,000, which is the balance available for negotiation purposes at mediation.

Let’s turn to the facts of the case. On April 19, 2020, Plaintiff, Marcy Jackson, was a passenger in a 2020 Ford Focus stopped in the exit lane for Georgia Avenue on eastbound Interstate 495. Due to congested traffic, all vehicles in the exit lane were stopped. The vehicle directly behind Plaintiff’s vehicle was struck by Defendant’s vehicle, which was a 2019 Ford pickup truck.

At the time of the collision, Plaintiff was employed as an Area Manager for James Electronics, earning approximately $54,000 per year. On the date of the accident, Plaintiff was on a work-related trip to Maryland to train new managers for a branch opening in Maryland.

Ms. Jackson was taken to Holy Cross Hospital immediately following the automobile collision. She suffered injuries to her neck, back, knees, right foot, and lungs. She inhaled the powder that filled the passenger compartment of her vehicle following the deployment of the airbags. The trauma to her knees was keenly evident at the time of the collision as Ms. Jackson was unable to stand and fell to the ground immediately upon exiting her vehicle.

Let’s talk about these surgeries. Plaintiff’s first knee surgery was to her left knee on July 2, 2021. The pre-operative diagnosis was a chondral injury to the patella, creating chondromalacia of the patella. (See the operative note, attached hereto as Plaintiff’s Exhibit “C.”) The pertinent portions of the operative note reveal that the patellofemoral joint had evidence of significant chondromalacia over the distal pole of the patella on the lateral facet. There was also a significant deep softening of the articular surface. The surgeon debrided the affected areas. Following the July 9, 2017 surgery, Ms. Jackson participated in physical therapy.

Ms. Jackson’s second knee surgery was on her right knee on January 24, 2022. The pre-operative diagnosis was right knee chondral injury to the patella and right knee synovitis. During the surgical procedure, Dr. David Freed identified significant softening of the articular cartilage in a small area with grade 3 and grade 4 changes in the mid-portion of the patella. Additionally, significant reactive synovitis in the suprapatellar pouch was identified and resected with the arthroscopic shaver device. There was additional synovitis in the intercondylar notch that was also resected. (See the operative note, attached hereto as Plaintiff’s Exhibit “D.”) Following this surgical procedure, Ms. Jackson engaged in an additional course of physical therapy.

A follow-up MRI revealed evidence of continued chondral injury and lateral tracking in Ms. Jackson’s right knee. For this reason, Dr. Freed elected to perform a third knee surgery on February 10, 25, 2022, with a pre-operative diagnosis of right knee chondral injury to the patella and right knee synovitis. According to the operative note, the arthroscopic examination revealed evidence of significant synovitis in the patellofemoral joint, which was resected with the shaver device. The patella also had an irregular surface in the mid-portion of the patella, running more distally than proximally.

This defect was treated with chondroplasty and a shaver device. As the patient had significant lateral tracking, the surgeon performed a limited lateral release, which improved the patellofemoral tracking. There were various other forms of pathology contained within the knee joint, which Doctor Freed identified and treated. (See the operative note, attached hereto as Plaintiff’s Exhibit “E.”)

Following the three surgical procedures and Plaintiff’s rehabilitation therapy, Dr. Freed rendered an opinion on May 6, 2021, that Ms. Jackson has sustained a 44% permanent loss of function to her lower extremities (both knees) as a direct result of her injuries. (See Dr. Foster’s opinion attached hereto as Plaintiff’s Exhibit “F.”)

The extent of the treatment provided by the podiatrist, Dr. Howser, was in the form of a brace/strapping device that was applied to Ms. Jackson’s right foot. She has recovered fully from this right foot stress fracture. Dr. Howser notes, however, that the need to overcompensate for this injury put excessive demands on Ms. Jackson’s hips to the point where this could be an issue for her down the road.

She will clearly have future medical expenses. Dr. Freed’s believes she is a candidate for a right knee carticel procedure. The doctor believes that the cost associated with the carticel procedure, which is a procedure wherein they remove a portion of the Plaintiff’s cartilage and send it to a laboratory to grow new cartilage on top of the existing cartilage, is approximately $15,000. This fee does not include surgical costs, operating room costs, anesthesia costs, or physical therapy. In actuality, two procedures are performed.

In the first procedure, the doctor removes the cartilage from the patient’s knee and sends it to the laboratory to grow additional cartilage. In the second procedure, the surgeon replaces the cartilage in the patient’s knee and, hopefully, the knee then accepts the new cartilage and helps to resolve the knee problem. Plaintiff will also require an additional rehabilitation period with follow-up physical therapy from this future recommended knee operation.

The plaintiff’s claim for lost wages in the past is for two full years of lost wages, and an additional period for partial lost wages under the Massachusetts workers’ compensation law. There were some discrepancies between Dr. Freed’s written reports and the disability slips.

Prior to the automobile collision, Ms. Jackson was very active. She had no prior knee complaints at all. (See Plaintiff’s deposition at p. 27, attached hereto as Plaintiff’s Exhibit “K.”) The Plaintiff enjoyed a variety of physical activities before the accident including dancing, yoga, ice skating, rollerblading, snowboarding, and exercising with her dog.

At times after the accident, Plaintiff hired someone to walk her dog. (See Plaintiff’s Exhibit “K,” at pp. 73-76.) Considering Plaintiff’s continuing problems with her knees, she sold her Jeep Liberty as she could no longer operate a manual transmission vehicle. She also cannot perform any activities that involve kneeling or squatting, and it is extremely difficult for her to walk in snow or sand. Steps also pose a significant problem.

Plaintiff was 32 years old at the time of the accident and is now 36 years old. According to the most recent life tables, Ms. Jackson is expected to live for another 45.4 years. (See Life Tables attached hereto as Plaintiff’s Exhibit “L.”)

VI. FUTURE EMPLOYMENT FOR THE PLAINTIFF

Prior to the automobile collision, Ms. Jackson’s employment history consisted of various sales positions with retail establishments. As this employment required Ms. Jackson to stand for extended periods of time on her feet and to be mobile throughout the entire day, she can no longer return to this type of employment. Ms. Jackson has selected a new area for employment in light of the continuing problems with her knees. She has decided to become an optometrist and is currently attending the Southern College of Optometry located in Memphis, Tennessee

. Following the completion of her education, she hopes to become employed as an optometrist. This line of work will give her the freedom to become gainfully employed in a career where she is not required to stand or sit for any extended periods of time, thereby relieving the stress and pain on both of her knees that is associated with an eight hour physically demanding job.

VII. OUR DEMAND FOR SETTLEMENT

In conclusion, Plaintiff sustained severe trauma to both of her knees as a direct result of the automobile collision. She has undergone three knee surgeries to date and is a candidate for a fourth knee surgery in the future. The injuries have changed her entire lifestyle and have forced her to change her career. The available insurance proceeds of $891,000 are woefully inadequate to fully compensate her. Ms. Jackson will, however, will reduce her settlement demand to this amount in an effort to resolve the case and protect your insured from excess exposure.

As I told you last week, we originally had no intention of sending in a settlement demand in this case. You have convinced me otherwise in telling me how eager you are to resolve this claim out-of-court. But we will not drag our feet. Please let me know your position within 10 days.