This blog post is an exception to the usual “personal injury related only” rule on this blog. The Maryland Court of Appeals (Maryland’s “supreme court”) ruled unanimously today that Maryland must recognize as married same-sex couples who legally wed in other states.

A married same-sex couple from California sought a divorce here in Maryland. Prince George’s County Judge A. Michael Chapdelaine denied the divorce petition because the marriage was “not valid” and “contrary to the public policy of Maryland.”

In an opinion by Judge Harrell, the court reasoned that a valid out-of-state marriage, and thus divorce, should be recognized in Maryland if it is not statutorily prohibited or “repugnant” to Maryland public policy. The court found that same-sex marriage clears the “repugnancy” bar with ease. The Maryland legislature 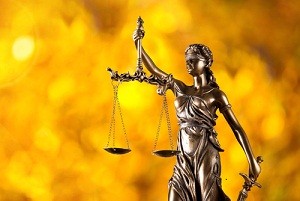 has shown its acceptance of same-sex marriage. Given that Maryland has never failed to recognize a valid out-of-state marriage (even if illegal or criminal under Maryland law), this ruling is a no-brainer.

Now Maryland law is clear: same-sex couples can grow to hate and divorce their spouses like everyone else. Framed like this, it is an odd victory but a victory nonetheless for the estimated 16,000 married same-sex couples in Maryland.

You can read the full opinion in Port v. Cowan here.