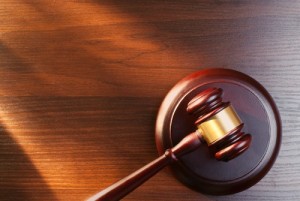 Apparently, Judge Kim was accused of tailgating a woman – yes, it matters to me – because he was believing he’d been cut off. She reported to the police that Judge Kim was “zooming up beside me, yelling through the windows and gesturing.” She also said that the Honda reached about 70 mph and zoomed over to her lane, causing her to slam on her brakes to avoid a wreck.

I don’t know if it made a difference, but judges that make a lot of enemies on the bench have a much harder time making it through a minor scandal. Court Watch Montgomery was not really excited about Judge Kim after sitting in on six months of restraining-order hearings in Montgomery County.

“We had serious concerns about Judge Kim’s demeanor with domestic-violence victims,” Laurie Duker of Court Watch Montgomery told the Post. Maryland State Senator Brian Frosh, a plaintiffs’ lawyer and member of the Executive Nominations Committee, said that Judge Kim would have likely faced a reconfirmation hearing when his ten-year term came up in 2013.

I have never been in front of Judge Kim. I’ve heard of him before, but all the information I have about him comes from this article. If your reputation is that you are a good person who treats people well and does not abuse power, you are far more likely to survive a relatively moderate scandal like this. If you are flashing your power merely because you can, no one will cut you a break. I’m convinced the best way to figure out who is to see how they treat the waiter/waitress at a restaurant. If Governor O’Malley took every applicant to the bench to lunch and used this test, we would all be sitting pretty.

I’m not claiming that I have never lost my temper. Believe me. But the psychology of road rage perplexes me. It is not personal to me. No one has ever cut me off because of me. They cut people off all of the time. It was my turn. I get annoyed but I don’t take it personally enough to really get mad. I think some people in positions of power sometimes think it translates when they leave the office or, in this case, the bench. “Do you know who I am? You would never do that if you knew who I was?” Hey, maybe this is true. But so what? Get over yourself already.

(Crazy road rage story. I’m in law school and I’m getting gas at one in the morning at the Eckles Shell Station in Ellicott City at Route 40. Two cars pull up and these two guys get out. Big guys that looked a little mean. I’m no Mike McQueary, but I was definitely staying out of it. They both start circling each other, neither one of them really wants to fight, but neither wants to back down either. Someone makes good contact, and it is on. Neither one of them was a good fighter but there were a lot of good blows because both were afraid to go to the ground which is what happens in most street fights. It was not Gatti v. Ward but it was something. Anyway, inexplicably, they agree that it was over and shook hands. And then, I kid you not, a little man hug. They had earned each other’s respect and, bizarrely in some strange way, mine. The gas station attendant had come to the window, and we both exchanged “Did I just see that?” looks. It all happened so fast, I have questioned whether it happened in the first place, wondering whether I have unconsciously exaggerated the details. But that really is what I remember.