The 1st Circuit Court of Appeals wrote a helpful opinion in Morel v. DaimlerChrysler AG for product attorneys who get the name of the defendant wrong when filing just before the statute of limitations expires. The court elevated substance over form in finding the claim “relates back” under federal law.

The case involves a tragic auto accident. A car parked on an inclined street in Puerto Rico began rolling downhill and crushed and killed a six-month-old child.

This is every parents’ nightmare, right?  What happened was a four-year-old boy got into his grandfathered unlocked 1987 Mercedes-Benz 300 SDL.  While playing in the car, the vehicle rolled backward, pinning his six-and-a-half-month old brother under the vehicle. The infant died later that day.

The plaintiffs’ product liability lawsuit alleged that the design of the Mercedes-Benz caused the child’s death, alleging a “gallimaufry” of product liability theories against Daimler-Chrysler Corporation.  The gist was that the Plaintiffs claimed they defectively designed that the Mercedes and that it lacked adequate warnings. They claimed that the car was defectively designed because it did not have a key shift interlock (KTSI), brake shift interlock (BTSI) or push-button gear shift lever, all of which, plaintiffs alleged, would have prevented the child’s death. 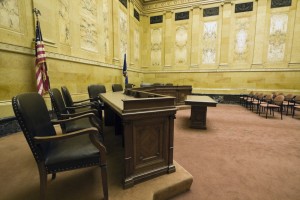 The Defendant moved for summary judgment claiming that it had never manufactured or sold Mercedes-Benz vehicles and that Daimler-Benz AG manufactured the car and DaimlerChrysler AG, a German company, was the successor in interest to Daimler-Benz AG. The 1st Circuit found that the Amended Complaint, which was filed shortly after the motion for summary judgment was filed, relates back to the original lawsuit that was timely filed.

Critical to the court’s decision was that the product liability plaintiff’s lawyers showed that they made a mistake about the actual identity of the proper defendant and that, within the prescribed time, that Defendant knew or should have known that, but for the mistake, they would have been the subject of the product liability suit involving this car.

The reality is the family’s lawyers made a mistake about the actual identity of the proper defendant.  That is a screw up to be sure. It completely underscores what I have said 1000 times on this blog and on our website: you do not want to wait until the last minute to sue.  All of this could have been avoided if the plaintiffs’ lawyers had filed earlier (or if the plaintiffs had called a lawyer sooner).  So we all get that.

But the court said we will not rest on this hypertechnality (don’t look this word up in the dictionary!) which would just hurt the innocent victims.  Instead, the court said the plaintiffs had to prove that they made a mistake about the actual identity of the proper defendant and that, within the prescribed time, that defendant was put on notice of the fact that it would have been properly sued if the mistake had not been made.

This makes all the sense in the world, right?  The obligation that the bad guys got notice of a lawsuit is key to maintaining the notice requirement that is the underpinning of the logic behind having a statute of limitations in the first place, right?  But to assert that DaimlerChrysler AG was prejudiced through a lack of timely notice is a legal fiction that is just plain silly. The lawsuit names this Defendant in a way that any reasonable person knew exactly what they meant.

Post-Script on This Case

Ultimately, the parties agreed to settle and executed a confidential agreement and release.