Recreational activity torts, the stepchild of personal injury cases, appear to be making a minor comeback. The Supreme Judicial Court in Massachusetts reversed a trial court’s order of summary judgment in a case involving a woman hit by a ball from twenty feet away during an outdoor party. The issue on appeal is whether the party’s hosts had a duty to stop a softball game that a reasonably prudent person would know posed risks to guests.

The softball game itself was not really a softball game, just people goofing around. Random people were just taking turns hitting the ball. In fact, participants were told to bunt or swing down on the ball. It was a party, I’m sure it involved alcohol, and some people probably took good swings and hit the ball well. One of those good swings landed close to the Plaintiff, and another hit her, causing the injuries that gave rise to the lawsuit. 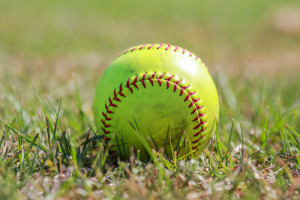 The court reversed the trial court’s entry of summary judgment, finding that §318 of the Restatement (Second) of Torts did not absolve the homeowner as a matter of law:

If the actor permits a third person to use land or chattels in his possession otherwise than as a servant, he is, if present, under a duty to exercise reasonable care so to control the conduct of the third person as to prevent him from intentionally harming others or from so conducting himself as to create an unreasonable risk of bodily harm to them, if the actor
(a) knows or has reason to know that he has the ability to control the third person, and
(b) knows or should know of the necessity and opportunity for exercising such control.”

I am a plaintiffs’ lawyer. Having chosen this profession, particularly after being a defense lawyer, it is not surprising that I lean towards plaintiffs on issues where reasonable minds differ. But I am mindful of imposing liability at parties when people are playing games involving risks that are open and obvious to everyone. The dissenting opinion, in this case, articulates this concern:

Apart from my reservations concerning the § 318 legal analysis, I see an untoward aftermath on the practical front–it is an indication that the law is not right when it flies in the face of common sense. The reality is that baseball, the quintessential American game, is in constant play at countless gatherings and backyards across the Commonwealth. If the majority’s theory of homeowner liability in these situations is the law of the Commonwealth, these home-based baseball games could be played only on large acreage house lots, with such expanse that there is a mini baseball field, with sufficient outfield and infield buffer for stray hit balls. But, big lot baseball is not the reality of everyday life for most folks; rather, backyard and pick-up baseball games are played every day in smaller lots within our cities and within densely populated suburbs.To prescind for a moment, the imposition of liability envisioned in the majority opinion may be read so sweepingly as to impose potential homeowner liability where other backyard games are in play: would not a game of horseshoes pose a risk of liability to the homeowner if the heavy pieces were pitched awry and hit a guest; would there not be potential liability looming for a homeowner in a backyard volleyball game, where a tipped ball may go astray and forcefully hit a guest in the face; would not bocce be a liability risk to a homeowner if a guest were to be struck by a hard-thrown ball?