I have long said it is an open question under Maryland law whether you are required to give a recorded statement to your own insurance company if you are making an uninsured motorist claim even if the insurance contract obligates you to do so.

The theory is that Maryland has a statutory scheme that preempts any such contractual obligation imposed by the contract.  I didn’t make this up, I stole it from Janquitto’s book on Maryland insurance law.  (You should own if you are a lawyer handling auto tort cases in Maryland.)

I’m not sure whether this argument was advanced in Dolan v. Kemper, a new Maryland Court of Special Appeals case decided last week.  But if it was, the CSA shut the door on it.

Plaintiff was a passenger in his mother’s car—driven by his wife — when he was injured in an accident in Anne Arundel County.  He sought UIM benefits under his mother’s policy with Appellee, Kemper Independent Ins. Co. (“Kemper”). The Kemper policy had a provision that required claimants to “cooperate” with Kemper’s investigation and “submit to examination under oath and subscribe the same.”

As part of its investigation, Kemper requested that Dolan submit to an examination under oath (“EUO”). Counsel for Dolan agreed that Kemper was entitled to an EUO and potential dates were discussed. However, counsel for Dolan never scheduled the EUO before filing a complaint in Circuit Court. Once the suit was filed, Dolan’s counsel rejected Kemper’s EUO request and said that Dolan would be offered for deposition instead. At that point, Kemper formally rejected Dolan’s UIM claim based on his failure to submit to EUO.

After denying Dolan’s claim, Kemper brought an action for declaratory relief asking the Circuit Court to declare that Dolan’s EUO refusal was a material breach entitling Kemper to deny coverage. This is an extremely aggressive position to take (I think the defense lawyers were DeCaro, Doran, Siciliano, Gallagher & DeBlasis, LLP.)  But it worked.   The Circuit Court agreed with Kemper and ruled that: (a) EUO was a “condition precedent” to receiving UIM benefits under the policy; and (b) that Dolan’s refusal to submit to EUO was a material breach. Dolan appealed this decision to the Court of Special Appeals (“COSA”).

What Was the Maryland Court of Special Appeals' Opinion in Dolan v. Kemp?

On appeal, the focus was on the exact scope of an EUO in insurance claims. Dolan’s lawyers argued that he effectively satisfied the EUO requirement by submitting to a deposition in the civil case. Dolan suggested that a discovery deposition is the functional equivalent of an EUO in an insurance claim investigation. The COSA strongly rejected this argument and held that Dolan’s civil deposition did not satisfy the EUO requirement. Citing many cases in support, the COSA explained that an EUO and a pretrial deposition serve different functions. The EUO is aimed at information relevant to the acceptance or denial of the insurance claim, which differs from issues relevant to the litigation. The Court also noted that EUOs are not limited by the civil discovery rules that apply to deposition.

What Is a Recorded Statement?

Let’s be clear on what a recorded statement is. It is a question and answer, usually over the phone, with claims adjuster or defense lawyer, that is recorded and transcribed. Insurance companies use recorded statements to beat the plaintiff over the head with any inconsistencies in their answer in the statement and their answers in deposition or trial. 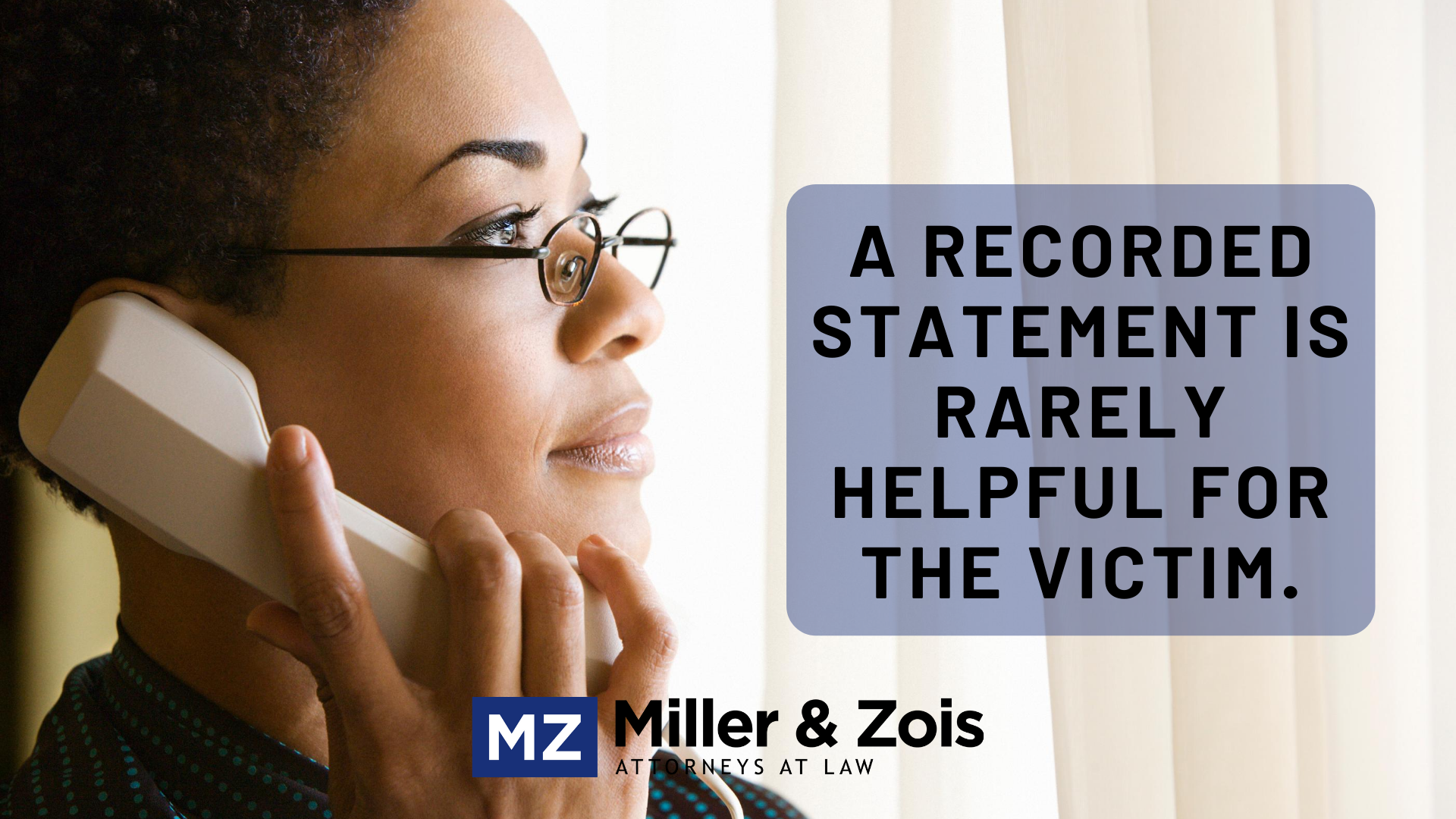 Should You Give a Recorded Statement to the At-Fault Driver's Insurance Company?

If you had asked me 20 years ago, I would have said never give a recorded statement to the at-fault insurance company. It almost invariably will cause more harm than good. Today, I would say that 99% of the time you should not give a recorded statement the adverse insurance company. But under certain controlled and usually limited circumstances., it can your client get a reasonable settlement offer more quickly with little downside risk.

Take-Home Message from This Case

We always bark a lot on these UM statements.  But we never bite.  Because the juice is just not worth the squeeze of exactly this happening.

But assuming the Court of Appeals does not sweep in to remedy this, the lesson Maryland personal injury attorneys can take away from the decision is unambiguous:  make sure your client submits to the insurance carrier’s request for an examination under oath.